Home » Opinion » Columns » Emotional intelligence: Animals may have the corner on this skill

Emotional intelligence: Animals may have the corner on this skill

“For decades, it was thought that only humans cared about the welfare of others,” said Frans de Waal in his 2011 Ted Talk, “Morality in Animals.” (We might argue the truth of that idea these days … )

At the same time, there were those who doubted that animals could feel or experience emotions at all. In fact, in the early days of research on animal emotions, de Waal and others, such as biologist and author Marc Bekoff both remember being accused of anthropomorphizing, or attributing “human” emotions to animals.

But decades of research, experience and stories from around the world have proven that animals — from the mighty elephant to the ubiquitous pigeon — do indeed feel and express emotion and recognize suffering in others. But there’s another layer to the workings of emotions and empathy.

In 1990, two psychology professors, Peter Salovey and John D. Mayer, coined the term “emotional intelligence,” referring to the ability to understand and manage one’s own emotions in the face of another’s need or suffering. In other words, “EI” enables us to empathize, communicate cooperate, solve problems, diffuse conflict and alleviate suffering without getting lost in our own emotions.

As we might expect, proof has been around through nearly 100 years of research that if animals took an emotional intelligence test, they’d likely score mighty high. Here are a (small) host of examples.

Russell, the orange tabby cat, makes his rounds at the vet clinic in North Carolina, where he’s lived since being badly burned in a fire in 2015. Despite his pain and injuries, Russell “has become ‘nurse’ to other animals recuperating at the hospital.” He goes from room to room, comforting everyone from Chihuahuas and labradors to squirrels and baby deer. He lays with them, on them, sometimes they lay on him! His injuries will impact his life forever,” says the staff, “but that hasn’t impacted his ability to love …”

I brought home a female kitten in 2001 and introduced her to my 2-year-old female and 1 year old male. The female, Oyate, was not happy. For months, she tormented Sophie (who never backed down) until the night Sophie went into heat — two days before she was to be spayed.

Sophie was miserable. When things got a little too quiet, I went looking and found Sophie curled up on a radiator, and snuggled up next to her was Oyate. She stayed with Sophie all night. It was the only time in 16 years the two ever got along.

I once heard a story about a man whose service dog alerted him when he needed to take his heart medication. One day, the dog started leaving his post by his master’s side and going over to a co-worker, so he asked the guy if he had a heart condition. The man denied this, but that night committed suicide. The dog knew he had a heart problem — not a medical condition, but a broken heart.

Babyl, an African elephant in Kenya, walks slowly due to a leg injury she’s had most of her life. Her troupe walks with her, checking back to see if she’s still with them, halting their movement and waiting if she’s fallen behind. Tourist guides say it’s been like that for years.

When former chimpanzee alpha male, Amos, became ill and had to be isolated for his own welfare, members of his troupe overcame their instinct to do him harm because of his weakness, and instead visited him daily, bringing food and wood wool “pillows,” which they placed behind him to comfort him.

And in videos of a famous experiment that took place in the 1930s, pairs of Capuchin monkeys are seen performing a simple task in exchange for a treat. When researchers started giving “good” treats to only one of the two monkeys being tested, the other would often start refusing the good treat until his buddy in the other cage got one, too.

We share with almost every living creature the part of the brain responsible for processing emotion, sometimes called the “reptilian brain.” But humans also have that cerebral cortex, or “thinking brain,” and I wonder sometimes if we’ve thought ourselves out of touch with our natural instincts for cooperation, fairness, kindness, empathy, and into greed, lust, vengeance and ego. It’s a scary thought.

Still, it’s clear we have the potential for good. As Marc Bekoff wrote, “Perhaps love is not what defines us as humans, but is something we happen to share with other species …” 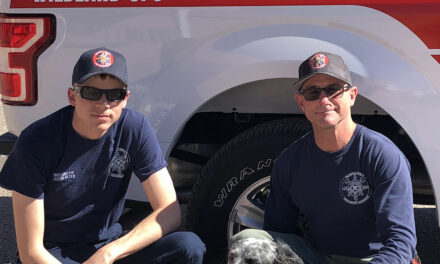