I moved a few weeks ago, leaving my apartment behind for a house for the first time since I moved out of my parent’s house way back in 2016. It’s been a breath of fresh air.

With two people and a 40-pound dog in an apartment, things were a little too cramped.

Since we moved, I’ve been able to get a little deeper into gardening, which I’ve dabbled in over the last few years but always struggled to really get it going with the limited light and frequent interference from the pigeons that were also residents on our little apartment balcony.

It’s kind of an awkward time to try and start growing things, given it’s getting to the tail end of the summer season but still too early to start planting for fall.

I grew up helping my parents with their landscaping, and was able to learn a thing or two from them about it. I’ve spent a lot of time figuring out what I can grow here and what will do well in the not-so-great soil that makes up our rental’s yard.

It’s been a good workout for me trying to dig through our soil, which is littered with rocks from what seems to be a number of failed major landscaping projects. We have an empty pond, filled with potting soil and weeds, and what I think was the beginning of a waterfall, but now is essentially a berm with some flagstone sticking out of it.

Projects like that are obviously well above my pay grade, plus the effort I’m willing to put into a rental house, but being able to spruce up the yard with a few bushes and some flowers has been great.. It’s really been a calming, positive influence on me after a high-stress month or so trying to get moved in the middle of the strangest summer of my life.

Even going out for 10 minutes and watering every day while these plants get settled has been something that has allowed me to decompress at the end of the day. Plus, it’s always rewarding to watch them grow and see before you the fruit of your labor.

I’ve been taking photos of them every week so I can see how they’ve grown, and already I have a few ready to outgrow their pots.

There is also a rose bush, which was planted in front of the house when we moved in and wasn’t in the best of shape given it hadn’t been watered in who knows how long. While we haven’t seen it bloom yet, how much its condition has improved in less than a month has been really rewarding to see.

At this time in June, it was mostly dried out and hardly looked alive, but from the first time we watered it, the leaves that were left almost instantly perked up with a little water. Now, after a month and some impulsive-purchased rose food, there’s so much more greenery, and I’m hopeful we’ll be able to get some blooms by this fall and in the tail end of the season.

I’d like to be able to get an herb garden going next spring. There’s a somewhat dilapidated planter box in the backyard that, with a little sprucing up, would be perfect for it. For now, I’ve just planted some rosemary, which is my favorite herb to cook with, in a pot.

So far, it’s done quite well. The thing I’ve enjoyed watching and taking care of the most is what I believe is our purslane plants. We have a hanging basket as well as one planted in a windowsill planter, and they have both absolutely exploded. The hanging basket is no longer visible because of the growth the plant has undergone and the one in a planter has overrun the middle plant — coleus — which I had to move.

Getting to see the growth it has undergone with just a little bit of water and some sun has been incredibly rewarding, particularly because I was worried early on that I hadn’t seen it bloom, which it turned out was just a factor of it only blooming for a few hours in the middle of the day while I was at work.

I’ve been able to spend some time outside with it, pulling off dead flowers and otherwise tending to it and its been wonderful to see how it has paid off.

Having another excuse to get outside and spend a few more hours in fresh air has done wonders for me.

Letters to the editor (Sept. 2) 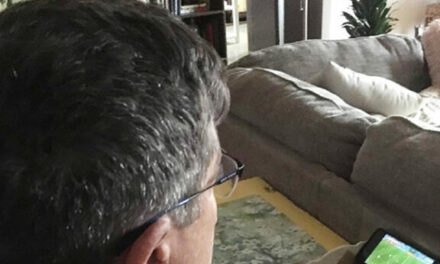 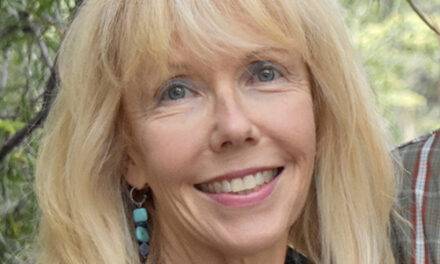