BELEN — It’s been 71 years since the new school on Esperanza Drive opened its doors to neighborhood students.

Since then, chalkboards have evolved to smartboards and the monkey bars are safer, but the biggest change for H.T. Jaramillo Elementary happened last Friday.

After the final bell rang on May 27, HTJ was no more. In the fall, the campus will still play host to students and staff, but from a different school entirely.

Dennis Chavez Elementary will be using the H.T. Jaramillo campus for the next two years while its campus in Los Chavez is being rebuilt. 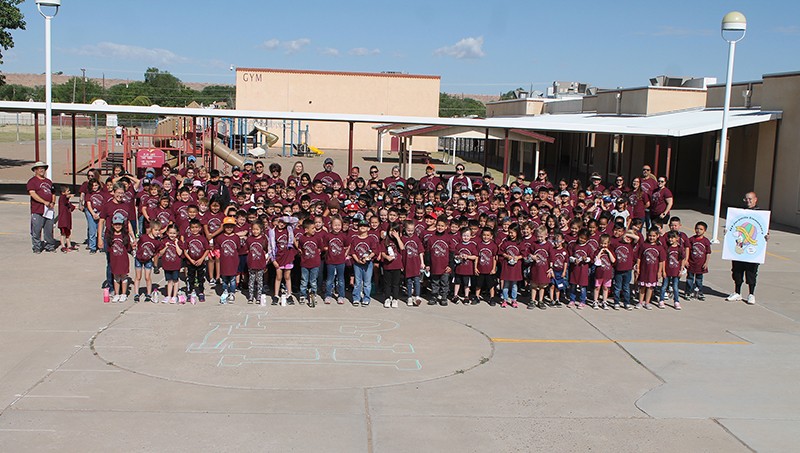 Julia M. Dendinger | News-Bulletin photo
Gathering in the courtyard for one last group photo, the staff and students of H.T. Jaramillo Elementary prepare to go their separate ways after the school officially closed this year.

Students who were previously in the Jaramillo attendance boundary will be moved to either Rio Grande Elementary or DCE as per the new attendance boundaries approved in August of last year by the Belen Board of Education. This means some HTJ students might still be on the campus, but part of Dennis Chavez Elementary.

The closure of Jaramillo came about due to a district-wide issue of too much space and not enough students.

While Jaramillo was in line for a complete rebuild, ranked at No. 5 by the New Mexico Public Schools Finance Authority, last year Belen Consolidated Schools Superintendent Lawrence Sanchez said because the district, as a whole, is overbuilt — having more than 117,000 square feet of unused space among its eight elementary campuses — the state would most likely turn down the district’s request for money to rebuild the school.

A $10 million general obligation bond was approved by school district voters in November 2019, of which about $8 million was earmarked to build a replacement for Jaramillo Elementary. Current estimated costs for the project is $25 to $30 million, with the expectation that PSFA would provide the remainder of the money.

The initial plan for a new Jaramillo school was for 350 students, but enrollment continued to drop. Since 2019, the district has lost almost 200 students. Applications for state funds to replace any of its existing schools would take utilization of space throughout the district into consideration, not just that of the individual school.

During the 2021-22 school year, there were 281 students living in the Jaramillo attendance zone while the campus had room for 443 students — a usage rate of 63.4 percent of the available capacity.

Dennis Chavez Elementary actually had the lowest utilization rate in the district, with 235 students in its attendance area for a school that can hold up to 407 students, a 57.7 use of capacity.

The district contracted with Innovative Moving Systems for $25,000 to move DCE to its new, temporary home.

“They move schools. There was just no way we could do this internally with our warehouse staff,” Sanchez said.

The change to attendance boundaries means some teachers from Rio Grande Elementary will also be relocated, so after they are moved, then classrooms for HTJ will be relocated, with the school being cleaned and painted before Dennis Chavez comes in.

Anticipated construction of the new DCE campus is April 2023, once demolition at the school is finished.

“We did not let go of a teacher, we didn’t do (reductions in force),” Sanchez said. “Openings were filled due to attrition, whether it was people who accepted a job somewhere else or retirement.”

Of the 24 teachers relocated due to the new attendance boundaries, 75 percent of them were placed at their first choice school site. HTJ Principal LeeAnne Becker is moving to Central Elementary, and Central principal Emily Sisk Laymen is going to La Merced Elementary.

“We have been working with the principles, working hard to incorporate those new staff members into their communities,” the superintendent said. “We have a lot of veteran teachers and they have worked together. Maybe not at the same school, maybe in different ways but they know each other and so have that sense of familiarity.”

When Mary Castillo walked into H.T. Jaramillo Elementary 14 years ago, she was excited. With those chalkboards still on the walls, she says, “ I think there’d be some teachers who would look at this and be like, ‘I can’t possibly work in this.’

“I was just so excited. I was just excited about starting my career and you’re kind of scared, too, but the principal back then, she always made it welcoming.”

Now she’s moving to La Promesa Elementary, where she will continue to teach first grade. Admitting she’s not a fan of change, Castillo does acknowledge everyone needs some change. At the end of the day, she will still get to do the job she loves.

“If they told me to teach in a closet, I would teach in a closet because I love my job,” Castillo says.  “You just have to be willing to go with the flow change. La Promesa has a good community. They do wonderful things for the community they have there. I’m happy to be joining that.”

When Lucy Sanchez, a second-grade teacher, heard the decision was final to close the school she felt shocked and saddened.

“For so many years we were promised a new school. We were going to be getting a new school and then all of a sudden it was like, ‘We’re closing your school,’” Sanchez said.

Once the shock wore off, Sanchez prepared to leave her comfort zone and join the Rio Grande Elementary staff.

“I’ve just become comfortable here because I’ve been here for so many years,” she said, referring to her 13 1/2 years at HTJ.

“I’m going to miss the students the most, of course, but the staff, too. We’ll keep in touch. We’re always going to be a resource for each other, but this school has got a lot of history to it, so it’s kind of bittersweet,” Sanchez concluded.

In her 23rd year of teaching, the last decade spent at Jaramillo, kindergarten teacher Monica MacEachen said she is sad to see the school close, eliminating the only primary elementary school in the city of Belen limits.

Even though RGE is only two miles away on East Side School Road, it is just outside the city limits.

“One thing I’ve noticed is kids walk a lot in the community. They can walk from school to school, from Jaramillo to Central. I see them walking to McDonald’s. I see the Central kids walking through here. They pick up their siblings, they go on,” MacEachen said. “I think it’s the walkability of the community, you know, the walkability for our students and our parents because some of our parents don’t have the transportation.”

The veteran teacher is moving to Rio Grande Elementary, which she is looking forward to, but worries the kindergarten through sixth grade school might not be as accommodating to the younger students HTJ served.

“This school is built for kindergarten through third grade. The playground reflects it, all the equipment reflects it,” she said. “We were built for this.”

Special education teacher Myles Romero, who was named HTJ’s site Teacher of the Year this year, said he’s actually ready to lean into the discomfort of the change. As a teacher who is often relocated due to his speciality, Romero says he’s learned to use frequent change as a way to improve.

“I learned so much more because I was able to sharpen my tools when I’m in a different environment,” Romero said, who will be teaching with the DCE staff in the fall. “It forces me to learn new ways of communicating. We have some amazing teachers here in Belen, and I look forward to learning from them.” 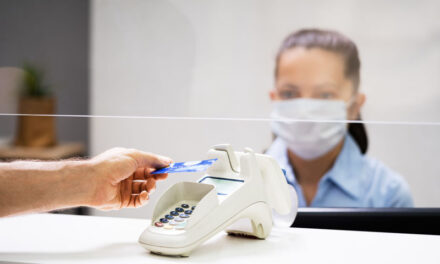