Roger Busch wants to make a difference in people’s lives. He wants to help guide those who are in the majority join the minority when it comes to debt.

Busch, who owns Financial Legacy Alliance, works out of his home and uses his own experience with debt to help others get out of it.

“Here’s the problem that we all face. It’s what I call the American dream dilemma,” Busch said. “An average person who works 40 years makes more than $1 million. Ninety-nine percent of people who are retiring are retiring broke.”

Busch said the reason people can’t get out of debt is because Americans are programmed with outdated financial thinking and outdated paying habits.

Busch was not prepared for what eventually happened to him. He had to sell his business at a loss and found himself in a bad financial situation.

It wasn’t until he moved to Casa Colorada that Busch decided he could help people get out of debt by guiding them to better financial planning.

Busch said most of Americans’ money is spent on interest and taxes. An average citizen spends 16 percent of his or her annual income paying interest on borrowed money. Another 29 percent is eaten up by taxes while health care and legal expenses take up another 9 percent.

The average American is left with 20 percent for household expenses including food, clothing, utilities, entertainment and travel.

“There are four ways of making money,” Busch said. “You can be employed and have a job. You can be self-employed and the job owns you. These two options have very few tax advantages.

“On the other hand, you can have a home-based business and investments that will work for you. This side has enormous tax advantages which will increase your income and help bring your debt down.”

Busch said Financial Legacy Alliance can help change the minds of people who have been programmed to think they have to get a job, work hard and pay more than their fair share of taxes. One way of paying off debts sooner than later is starting a home-based business, Busch said.

“My mission is to help people and to get them out of the trap that I got into,” Busch said. “I just want to help people rethink how to make money and how to spend it.” 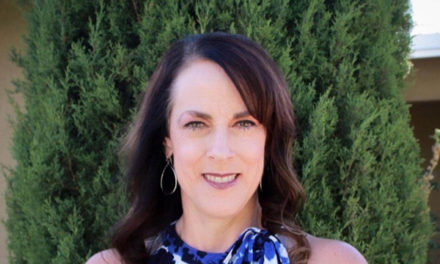