Kent Saul was there when the flame was first lit. More than 40 years later, the flame still burns. And the Fireballs, New Mexico’s most instrumental (pardon the pun) rock ‘n’ roll band, rolls into Los Lunas for this weekend’s Sixth Annual Cruzin’ South Route 66 Benefit Car Show and Summer Festival, put on each year by the Los Lunas-Bosque Farms Chamber of Commerce.

The Fireballs will help ignite the festival with a performance Friday night at Heritage Park. Freddie Chavez will open the show at 7 p.m., followed by the band that is still New Mexico’s most noteworthy recording artist.

The Fireballs began their meteoric rise to prominence back in the late 1950s. It all started in January of 1958 when a group of Raton High School kids played a PTA talent show. Their rendition of Jerry Lee Lewis’ “Great Balls of Fire” rocked the house.

“They got the standing ovation of all time,” said Kent Saul, an organizer of the Los Lunas concert who, as a 10-year-old kid, witnessed the show from a balcony seat. “They came out and played that song, and the kids just went crazy. It was absolutely amazing. I think everybody in the building knew they were going to be a hit. You could just tell by the way the kids reacted.”

A hit they were. The Fireballs later auditioned for Norman Petty, who had helped launch the career of Buddy Holly, at his studio in Clovis and signed a recording contract with KAPP Records. Their first release, a guitar instrumental titled “Fireball,” was a Billboard magazine “pick” which got them national airplay on the radio. They also made the charts with “Torquay,” “Bulldog” and “Vaquero,” which earned them an appearance on “Dick Clark’s American Bandstand” and other national and regional shows.

The fireballs hit it big with “Sugar Shack,” which topped the Billboard charts for five weeks and was the largest-selling single in 1963. A few years later, the Fireballs backed Jimmy Gilmer on a another top 10 hit, “Bottle of Wine.”

Saul, who is president-elect of the Los Lunas-Bosque Farms Chamber, said the Fireballs are a perfect fit for the car show and festival, which accentuates the nostalgic Route 66 era.

“They’re one of the original ’50s rock ‘n’ roll bands,” he said. “The people who typically attend our car shows and monthly Route 66 cruises, many of them grew up listening to that type of music on the radio. So it just kind of goes together like sugar on cereal.”

Those who remember listening to the Fireballs music on the radio, or younger folks who would like to get a taste of some rock ‘n’ roll history, can expect to get a taste Friday night.

“We’re going to try to fit into the time period with a little variety. We’ll try to mix it up some,” said George Tomsco, an original member of the Fireballs who wrote many of their songs, plays lead guitar and sings vocals. “Certainly we’ll do ‘Sugar Shack,’ ‘Bottle of Wine,’ and other songs of that era. And we’ll probably throw in a little country music too.”

Along with Tomsco, Stan Lark, who plays electric and stand-up acoustic bass, is the only other founding member of the group. The current lineup also includes Joe Mestas on keyboards and Daniel Aguilar on drums.

Tomsco said when the original band played that first gig at Raton High School, they were nameless. “We just got up there and were just playing. We didn’t have a name for the group of the time,” he said.

But after they played “Great Balls of Fire,” and it went over so big, they literally made a name for themselves.

“We did real well with it. So somebody came up with the idea to call us the Fireballs, and we thought that was a pretty good idea,” he said.

Things didn’t get rolling for the Fireballs until later that summer. Tomsco said he was beginning classes at the New Mexico School of Mining and Technology in Socorro when a classmate heard him playing a recording of one of their jam sessions.

“He said, ‘hey man, that sounds pretty good. You ought to go see Norman Petty and see what he can do for you.'”

Tomsco called Petty, and, two weeks later, the band auditioned for Petty in Clovis. “He wanted to know if we wrote any of our own material,” Tomsco explained. “We played them for him and he said, ‘yeah, I think you’ve got a pretty good little group.'”

The Fireballs were ready to record right then and there while the iron was still hot. But Petty had scheduled studio time for Holly and the Crickets. The Fireballs stayed in town for another three days until Holly’s sessions were over, and Petty was able to record some tracks. “Once he liked us, we didn’t want to leave,” Tomsco said.

Though their biggest hits included vocals, the Fireballs were most renowned in their early days for their guitar instrumentals.

Tomsco said his early guitar work was most influenced by Les Paul and Arthur “Guitar Boogie” Smith. After the Fireballs caught fire, they were said to be influential to the development of surf music.

“A lot of people consider us early surf,” Tomsco said. “I think the Fireballs and Ventures together were probably influential from there on. It was kind of one of the foundation blocks for it. We didn’t invent it, but we were one of the contributors.”

The Fireballs contributed quite a bit to American music history, just as automobiles and Route 66 had a big influence on American history. As Kent Saul says, they go together like sugar on cereal.

If you’re looking for a little nostalgia this Friday night, goodness, gracious don’t miss these great balls of fire. Admission is $10 at the door. 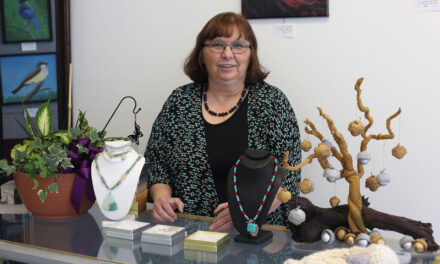 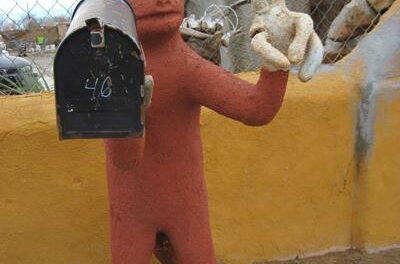