Floressence Floral Boutique and Gifts opens in the Hub City

BELEN — Belen has a new florist.

Daniel and Valerie Jaramillo are the owners of Floressence Floral Boutique and Gifts, which is located at 619 Main St. in the same location as the former Sunshine Flowers and Gifts, which had previously closed.

The shop initially opened for business on June 22, with a grand-opening ceremony taking place on July 25.

Valerie previously worked at a large florist in Albuquerque before she decided to change careers. 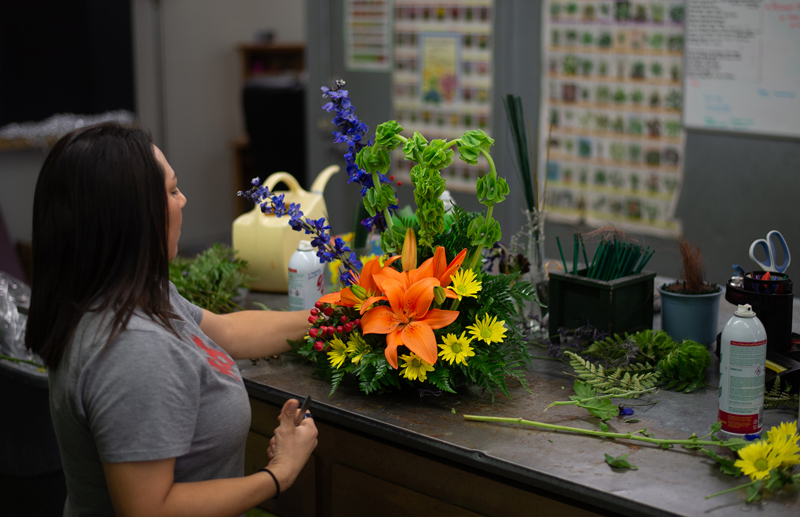 “I was a florist in Albuquerque with one of the groups there a long time ago,” she said. “Then I decided I wanted to go back to school and became a medic. I did that for a little bit and took a break from that, moved to Las Vegas and worked for a five-star florist out there.”

She returned to New Mexico and got her nursing degree. After working as a hospice nurse for a while, she decided to take a step back.

The opportunity to open a shop in Belen was spurred on by Daniel, who was working as a mobile DJ prior to COVID-19 related shutdowns,

He did all of the research and found the location and presented it to his wife, Valerie.

“My last show was March 18, and I didn’t have anything to do and I was like, ‘I know the bills, we’re not going to be shut off but they’re going to keep accumulating to the point where once I start working again I’m going to be knee-deep in it.’

“I just told her, ‘it’s pretty obvious that my line of work is not deemed essential, so why don’t we go into business together?’” 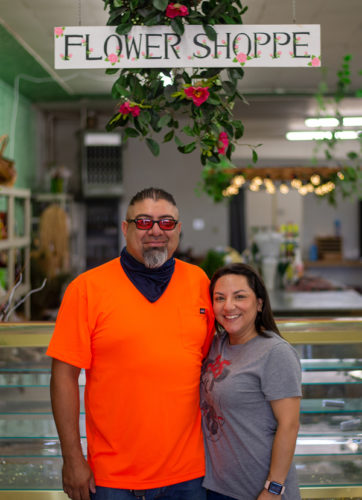 Daniel and Valerie Jaramillo, owners of Floressence Floral Boutique and Gifts, stand in their new shop in Belen. The boutique had its grand opening on July 25.

Daniel, who has an accounting degree and has previously run other businesses, is handling the back end of the business, such as taking care of the books and finances.

This allows Valerie to focus on making arrangements and customer interactions, which she said she prefers.

While this is Daniel’s first foray into the industry, Valerie previously helped a friend write the business plan for a flower shop in Albuquerque, which she said ended up falling into her lap after relationships dissipated.

Floressence isn’t the only florist in town, but the Jaramillos are looking to set themselves apart through customer service, as well as Valerie’s unique designs.

“Yeah we have competition. Who doesn’t? But we want to be a different atmosphere,” Valerie said. “If every time you come to our shop, you see new designs, it makes you different.”

Every design she makes is one of a kind. Valerie doesn’t use designs from the internet or anywhere else, working with the customer to tailor their arrangement to exactly what they’re looking for with both local and exotic flowers.

“I don’t even know if I could recreate them,” Valerie said, laughing. “Sometimes someone will come in and say ‘I want this one,’ and I’m like ‘OK, I’ll try.’”

The couple also wants to be more than just a flower shop, and are working with local artists in order to provide a one-stop-shop for gifts. They are trying to give local creatives more chances to display and sell their work in as many areas as they can.

“People come in just for flowers, but they’ll leave and say ‘we should get that as well,’” Daniel said. “We really want to live up to the gifts part of our name as well.”

The Bank of Belen