LOS LUNAS — Arturo Sais left a lasting mark on everyone he knew and everything he touched in Valencia County.

The well-known Los Lunas resident was 80 years old when he died on Thursday.

Friends and family say Arturo was successful in every endeavor he attempted. The man of great accomplishment was known as a self-employed mechanic and contractor.

Daughter Diana has many stories to share about her father’s influence. He believed deeply in his family, his God and his country.

“I won’t forget the things he taught me about caring for your family, work ethics and standing up for what you believe. He was a man of strong conviction. If he believed in something, he fought for it. He didn’t waver much in his beliefs. They were deep inside of him,” she said.

“He always had a kind word for everybody. They all knew who he was, up and down the community. I respected him. That’s something a lot of people don’t earn in their lifetime. He could just do anything. It was amazing what he could figure out in his head and make happen.”

Diana says Arturo helped her the most when she lost her son.

“His pain was as deep as mine. Even deeper, because it was for me and my son. He really helped us get through that. He was so strong.”

The family holds dear the endless collection of happy memories they share.

“He loved to go out to eat,” Diana recalls. “We’d just get in the car and do something fun. I remember a little road trip we took to Mora to pick raspberries last fall. We drove up there — my mom and dad, George and me. It was a really great day, but there are so many moments.”

Another memory is a beautiful trip the family took last year to Mexico. Everyone was there, including numerous aunts and uncles.

“My dad had a fabulous time. We went to San Carlos to the ocean and visited with friends and ate a lot of great food.”

Sais is notably remembered for his meaningful impact on the Village of Los Lunas. He served on the Los Lunas Village Council during the 1950s and ’60s.

Son Gene Sais remembers how involved his father was in local politics, and, with Arturo’s help, the Village of Los Lunas made great progress in moving forward.

“He wasn’t scared to take action on new projects, like building the sewer plant. A long time prior to him being on the council, they said they couldn’t do things because there was not enough revenue. He found ways to get that going. He was very progressive in his thinking. I think that was the largest impact he had.”

Arturo wasn’t the type of man to brag about his accomplishments, Gene says. “He was more the quiet type. He would just get it done and take action on an issue. He was known or doing fantastic things.”

Gene and his father were extremely close. Arturo first ran a restaurant where the old Reuben’s Applicance used to be. In the mid-1950s, Gene was 6 years old when the father-son duo worked together in Arturo’s first mechanic shop, located where Home Furniture is now in Los Lunas.

He ran the business for several years before expanding. “We worked together in business on and off over the years. As of late, he helped with my business. I was always watching him and trying to learn.

“He was a brilliant man. He didn’t have the schooling, but his mind was sharp. He could figure anything out. There was never anything he’d have to read about.”

Arturo Sais was “a devout Catholic, a true patriot and a proud member of the Republican party,” his son said.

Arturo was in the U.S. Army and served in World War II from October 1943 until Feb. 1946. He is remembered for the time he served as commander of the VFW Post 9676 and American Legion Post 85.

Frank Gurule of the Los Lunas VFW remembers, as a little boy, he looked up to Arturo.

“I’ve known Arturo since I was a little kid. He was a role model to a lot of us. He was in WWII, as my dad was also. They sort of guided us in our life. He was a real positive role model for us in Los Lunas.

“Arturo was solid. He was proud to be an American. He was very active in the VFW. He raised a good family. He was always very proud of Los Lunas.”

“The Saises and Hunings were good friends for many years. Arturo was the leader in the family. He was a veteran of WWII, with an outstanding record. He was very involved in forming the Los Lunas VFW chapter. He was a proud veteran, and rightfully so,” he said.

“We all looked up to him and admired his service in World War II and to the town after that. He was a well-known business man. He worked on different businesses at different times, and they were all successful.”

As a contractor, Arturo built and remodeled homes. Besides creating his own home, he helped the entire family build their houses. “He tried to teach all his grandsons the business,” son Gene recalls.

“He will be greatly missed. There’s a big empty space in Los Lunas. It will take quite a man to fill it.” 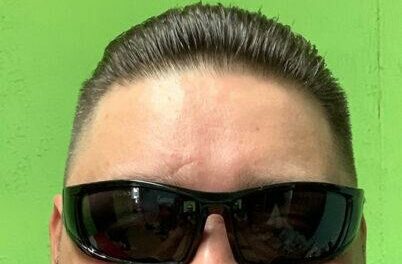 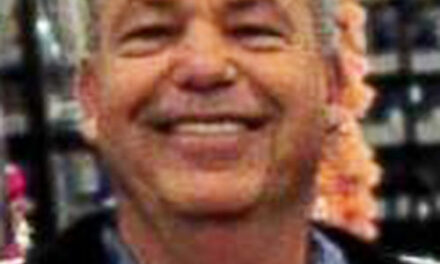 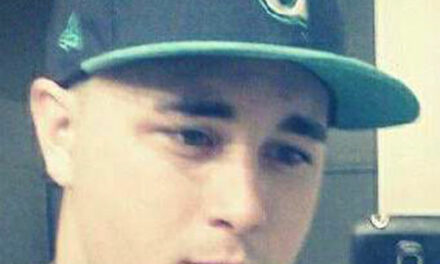