LOS LUNAS — Everyday, a large amount of people cycle through the criminal justice system. Some are first-time offenders and many others have been through the system numerous times.

As each defendant makes their way through the court system, numerous laws and rules are in place that court staff, judges, the district attorney’s office and defense attorneys must abide by.

While the complex system is second hand to those who work within it, the general public sometimes is left in the dark about the reasons decisions are made. The Los Lunas Police Department is hoping an upcoming question-and-answer forum will help educate the public to understand those reasons.

The Los Lunas Police Department is sponsoring the forum on “The Revolving Door of Crime and Drugs in Our Community,” which will be held at 6 p.m., Wednesday, Oct. 9, at the Los Lunas High School auditorium.

LLPD Lt. Lisa Valenzuela-Medina had the idea to sponsor the forum during a monthly Business Watch meeting with local business owners.

“There’s a handful of people who show up, but one of the questions that always seems to come up is ‘why is that people get arrested, put in jail and they’re out?’

“There seems to be frustration with that, and people are always upset at the judges for letting them out,” Valenzuela-Medina said. “We first thought of inviting a couple of the judges to the Business Watch meeting, but as I thought about it a little more, I realized these are questions that we, in law enforcement, hear all the time.”

The veteran officer said a lot of people don’t understand the criminal justice system, and is hoping this forum will help the public understand the system.

“I thought it would be a good idea to hold a public forum with a well-rounded panel,” Valenzuela-Medina said.

In order to bring understanding to the community, a panel of speakers consisting of judges, prosecutors, defense attorney’s and legislators will talk about the laws, the rules and the procedures of the court system.

While law enforcement personnel won’t be sitting on the panel, Valenzuela-Medina has invited representatives from LLPD, the Valencia County Sheriff’s Office and the Belen Police Department.

“We’re going to be there but we’re not going to be on the panel,” she said. “We’re the first part of this entire process — we enforce the law and if needed, we make an arrest. From that point on, it’s up to the courts.”

Valenzuela-Medina also wants this forum to educate the public of their role in the system.

“Before I was even in law enforcement, my home was burglarized a few times,” she said. “One of those times, I remember thinking I wasn’t even going to bother calling the police. A law enforcement friend of mine told me to just call and make a report.”

She did, and months later, the sheriff’s department made a large bust, and recovered numerous stolen items. Valenzuela-Medina was able to look at the items and she was able to retrieve some of her stolen items, including her daughter’s wedding ring.

The lieutenant says crime victims play an important part in the court system, especially as witnesses for the prosecution.

“The process can be time consuming and could take months or even years,” she said.

The panel will also be on hand to discuss the state’s new bail law. The 2016 Constitutional amendment that reshaped New Mexico’s bail system for defendants awaiting trial, allows a court to deny bail if a prosecutor proves by “clear and convincing evidence” that a suspect is too dangerous to be released, even with conditions.

The amendment also says people who aren’t dangerous or a flight risk cannot be detained simply because they’re too poor to post bail. Under the old system, everyone was entitled to bail unless they were charged with a capital offense.

“People just don’t understand each role involved in the process has limitations, and they can’t just do whatever they want,” she said. “They have to follow the guidelines.”

Valenzuela-Medina says this forum is important to help the public understand the system, and to ask questions of the panelists.

“I hope this will relieve a lot of frustrations and let them know their partnership with all of us is very important,” she said. “We need them to understand how it works, and that they’re not the only ones who are frustrated.” 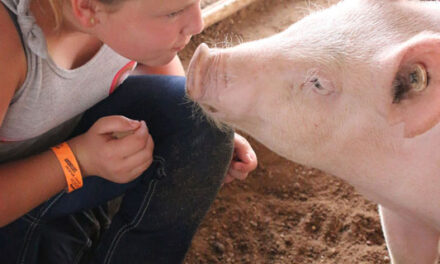 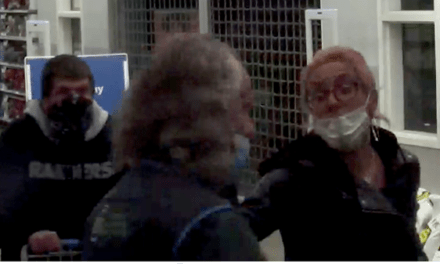