Evelina Zuni Lucero has lived a life of contrasts.

Born on the Isleta pueblo, she traveled with her family as her father worked at Bureau of Indian Affairs schools in Ignacio, Colo., and Carson City, Nev.

She received her bachelor’s degree in journalism from Stanford University in Palo, Alto, Calif.

Then, she returned to her roots on the pueblo and married and raised four children before getting back to writing.

In August, 2000, her first novel, “Night Sky, Morning Star,” was published and has received the First Book Award from the Native Writers Circle of the Americas. It has sold well and is in its second printing.

The book tells “about Native American families fractured by larger historical decisions by the government,” she said.

She wrote about the experiences of “Indians attending boarding school. No one has written about living on the campus. It’s a unique experience,” she said.

And it tells about the evils of keeping secrets — a universal truth.

The main character, a successful potter and sculptor, attended boarding schools and then went on to art school in San Francisco and then to the University of New Mexico.

Along the way, the main character had a child and never told anyone who the father was. When the child is an adult, he wants to know his father, so he and his mother set out to find him. The father, who also attended boarding schools, is serving time in prison, although he’s innocent of the crime. He has been involved with the American Indian Movement. He did not know he had a son and is overjoyed when he finds out. The family is reunited, and they and their relatives learn about the ill effects of having secrets.

“To heal, they needed to deal with secrets of the past,” Lucero said.

This was not Lucero’s first novel. She completed “Fancy Dancer” a few years ago, but “it was not picked up by a publisher.”

“It was not a strong story line. Some characters I liked. I said ‘OK, back to the drawing board.’ I used some parts of it (in her next novel). So, it was not a complete loss.”

Lucero’s teachers recognized her talent early and encouraged her.

“I was very fortunate. I had some excellent teachers, going back to the third grade,” she said, sitting at the dining room table in her home, which is filled with Native American artwork.

They emphasized the importance of reading, reciting poetry, creative writing and drama, she said.

At Isleta and in Ignacio, Colo., she attended small schools where everyone knew everyone else. Moving to Ignacio introduced her to another way of life.

“All I knew was the (Isleta) village, and my relatives. I went to Ignacio in January. There was a lot of snow. It was so exciting. There were pitched roofs, homes with lawns, hot lunches …”

Then she moved to Carson City, Nev., which was “a shock.”

“It was very much influenced by California. I’d had very little contact with divorce and its negative impact on the children. The people were very stylish, they listened to good music. I came from a small rural area. It blew me away. I didn’t fit in. I felt awkward. It took a while to get to know people.”

She was considering going to college when a friend of her father’s, who sent his daughters to well-known colleges, served as her mentor.

“He said my ACT scores were good enough to get into a good school,” she said, and she did just that at Stanford University.

“Stanford was shocking. It’s an elitist school, but they had a very good Native American program with very supportive resources, support clubs, counselors. We arrived at school one week ahead, and they prepared us. The students were very bright, very aggressive. At first, I was intimidated. Then, I saw I could score as well as they could.”

At first she was a math major but soon decided it was not for her, and she turned to journalism.

When she graduated, she returned to

New Mexico and worked as a reporter for Pueblo News in Albuquerque. She got married and stayed home to raise her four children.

When her children got old enough to take care of themselves, Lucero decided it was time to do something with her skills and interests.

“The first book I read by Rudolfo Anaya, I opened it up and there was New Mexico. I was so excited; He was at UNM,” she said.

Now, Anaya advises her on her books and “made comments on it. He sent the work to editors.”

Another author who inspired and helped her was Louis Owns, a Choctaw-Cherokee who has written novels and criticism.

She ended up with a master’s degree in English and creative writing.

Today, Lucero and her family live in a ranch-style home at Isleta with horses grazing in the field in front and the highway nearby leading to Albuquerque.

“This is home,” she said of Isleta. “I knew I was returning here. I’d been absent a long time. It took time for the community to accept me back. It was a process of relearning who I was and where I fit in. There’s family here, there’s culture here. California is so urbanized, so big.”

People have been asking her to write a sequel to her first novel, and she’s working on another one set in New Mexico. It brings in historical events that have impacted the state, from the tale of La Llarona to the Roswell incident, the invention of the nuclear bomb and casino gambling.

The main character is a journalist covering these stories.

Now, she teaches creative writing, composition and world fiction at the Institute of American Indian Arts in Santa Fe. She also taught at the University of New Mexico in Albuquerque and in Valencia County.

During the summer, she writes fiction. “I get intense once I know what’s happening. If I come up with a solid story line, it will take off,” she said. 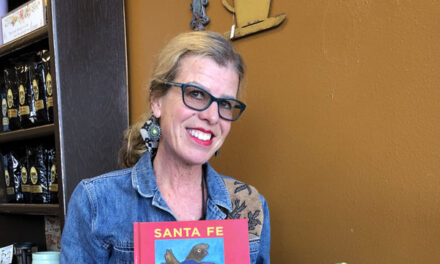 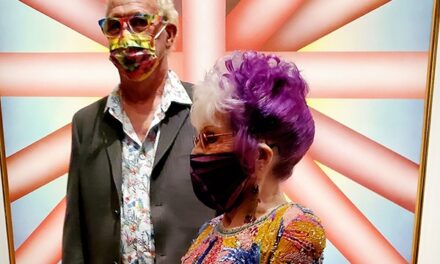