BELEN — The history of the area and those who preserve it were honored at Saturday’s Greater Belen Chamber of Commerce’s annual sponsor appreciation/installation and awards gala.

One of those people who has cherished and brought the history of Belen back to life is Jim Sloan, who was named the chamber’s Citizen of the Year.

Part of the criteria for being chosen is a person or family that is a contributor and a volunteer to the community who receives no pay. Sloan is the volunteer historian at the Belen Harvey House Museum, a member of Belen’s Historic Properties Review Board and is a recent member of the Valencia County Historical Society’s board of directors.

He is also administers the Belen Memories Facebook page, sharing old photos, anecdotes and facts about the Hub City.

In 2000, Sloan began collecting postcards depicting Belen — a collection that has reached more than 100.

“I want to say thank you for this,” Sloan said. “I do what I do because I love it. Thank you so much and I just want to say to remember our history.”

The Valencia County Historical Society was named Non-Profit of the Year by the chamber. The local organization was founded in 1969 and celebrated its golden anniversary last year. Tibo Chavez was the group’s first president and Ronnie Torres is the current president.

The VCHS has taken people on trips to historic sites in the county, operated the Belen Harvey House for many years, giving awards for historic preservation, community service and teaching New Mexico history, and members continue to present lectures on topics from prohibition to naughty Harvey Girls. Members of the Valencia County Historical Society have published eight books, receiving several major awards, and written a regular column, “La Historia del Rio Abajo,” in the Valencia County News-Bulletin for more than 20 years.

“History is no good unless you share it,” Torres said. “If you have any pictures of your family or businesses — anything to do with Valencia County — please share them. If it’s out there, everyone will be able to see it.”

Cetera Advisor Networks and Panagopoulos Insurance Agency, owned and operated by Pavlos and Nicki Panagopoulos, was named Member of the Year by the chamber. They have a second office in Albuquerque but the Belen office remains the company’s headquarters.

Panagopoulos, a financial advisor, said he and his team are dedicated to their clients by treating them as members of the family and offering them a way to reach their financial goals.

In the past 29 years, Panagopoulos has grown his Cetera investment and insurance business to become one of the company’s top producers in the nation.

“Thank you, Belen for all you’ve done for me,” Panagopoulos said. “My wife, Nicki, and I have raised our family here and we just love Belen. Our heart is in Belen.”

The Infinity Award is given to the business which has continued as a viable, productive part of the economic vitality in the Belen community. Traditionally, the award is given to family-owned businesses, but is not restricted to that criterion. It can be one that carries either a family history or has maintained the same name for the entire years of existence.

The Sachs family has owned and operated several businesses in Belen for 74 years. The Sachs first settled here in the 19th century. In 1953 Pilar Sachs, grandfather of Lorraine Sachs Garcia, opened Sachs Appliance in downtown Belen. Later her father, Marty, took over the business.

Sachs Garcia, the owner and qualified broker, and her husband, Anthony, founded Sachs 5th in 1998, and later purchased the building where her father and grandfather had the appliance business.

“Thank you Greater Belen Chamber of Commerce for bestowing the Infinity Award on us,” Sachs Garcia said. “The Sachs family roots are as deep as the cottonwood trees that grow throughout this fertile valley.”

The Belen business owner said the secret to “infinity” is to keep family, friends, business associates and customers involved in your life.

“Everyone has a network, a team, a sphere of influence and a connection of influence,” Sachs Garcia said. “Everyone here is sitting next to someone who is significant in your life. My team is the salt of the earth, and I can always count on any one of them … I am blessed to have a very large network who supports me on a daily basis.”

The Amigo Award is presented to an individual or business that has become recognized as presenting a positive, friendly image of Belen and Valencia County. This year’s award was presented to Pete’s Cafe.

The Belen restaurant, which specializes in authentic New Mexico cuisine, was founded 70 years ago in October 1949 by Pete and Eligia Torres.

What started off as a modest cafe serving as a simple menu consisting of breakfast items, burgers and fries and beans and chile bowls for railroad, Pete’s Cafe transformed over the years into a cozy, multi-room restaurant, full of flavor and sustenance which includes menu items of enchiladas, stuffed sopaipillas, chile rellenos and much more.

Theresa Padilla, the daughter of Pete and Eligia Torres and co-owner of the restaurant, said the tradition of good food has lasted more than seven decades because of dedicated employees and loyal customers.

“This makes me so very proud and so delighted because Belen has supported us for so many years,” Padilla said. “It would be remissive of me not to give credit to our founders, my parents, Pete and Eligia Torres. They were a humble and hardworking set of parents who taught us a great deal.”

Padilla said she and her siblings are grateful to have had parents who were such good role models, who taught them the benefits of hard work and how to treat customers and employees.

“Our staff is the backbone of our place,” she said. “They show up every single day, put in the hours and they do the work. Without them, I don’t know where we would be.” 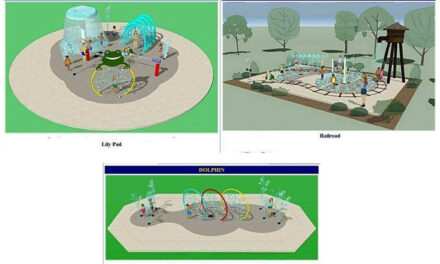 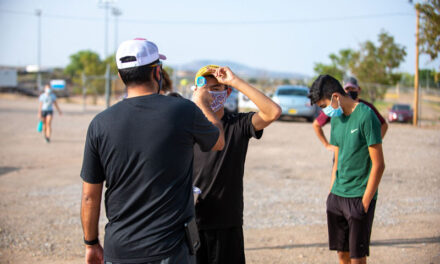