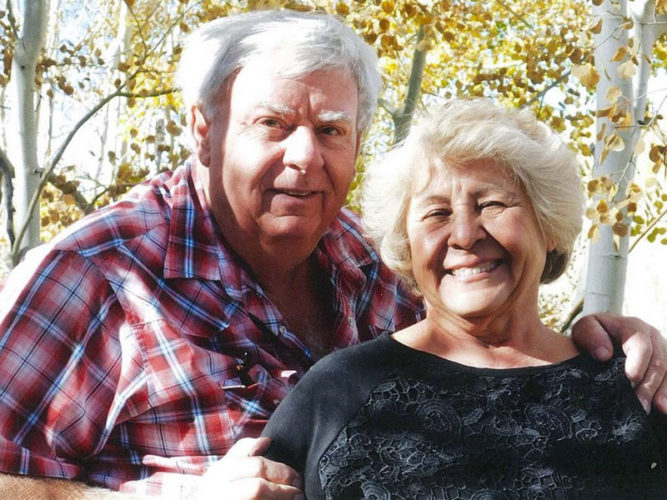 Jim and Rita Greer (in a recent photo)

Jim and Rita (Tujillo) Greer, of Belen, commemorated their 50th wedding anniversary on June 7, but will be celebrating on Thanksgiving Day with family and friends.

The couple were married a half a century ago when they wed at the First Methodist Church of Belen in 1969.

“God has been so good to us, so no better day to give thanks to our Lord and Savior than on Thanksgiving Day with family and friends,” the couple said.

They have three children, Jim Greer and his wife, Peggy; Melanie and her husband, Charles Franklin, and Jason Greer.

Their grandchildren are Dustin and wife, Precilla; the late Dylan Greer, Lacy Greer and Josh Guerrero, and Hunter, Taylor and Aimee; and great-grandchildren, Zayne and Zariyah Greer, and Brooke and Marcus Greer; and Samantha and Amanda Greer, of Craig, Colo. 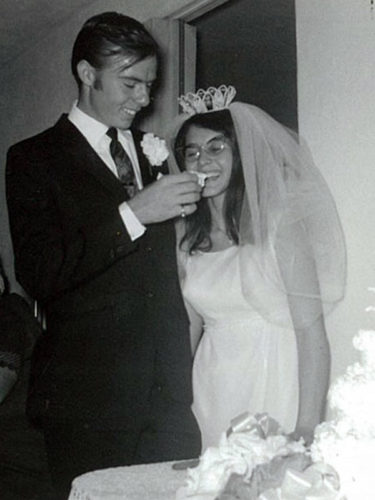 Jim and Rita Greer (At their wedding) 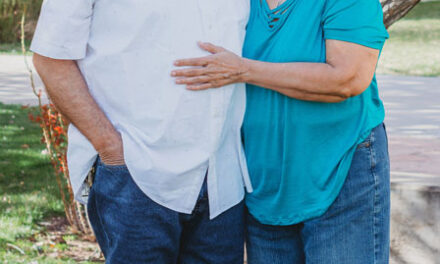 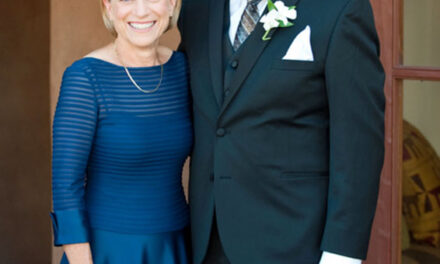