Employees of the Village of Los Lunas will be taking home pay raises, thanks to the 2002-03 budget.

Those with a current salary of $30,000 or less will be given an 8 percent increase, while employees earning more than $30,000 will be given a 5 percent pay increase.

“That’s very good,” said Financial Services Planner Peter Fernández. “Last year, we gave a dollar-an-hour increase. Depending on salary, it ranged from less than 5 percent to as much as 12. Everyone will feel a significant change this time around.”

Medical insurance is one of the benefits the village provides at no cost to its employees. According to Fernández, the village chose to pay a 12 percent premium increase and not pass the cost on to employees in this year’s budget.

“Because of the increase in revenue and actions we took in prior years, with a hiring freeze and controlling costs, we could live within budget,” Fernández said.

There were no hires last year for seven identified positions. In the 2002-03 budget, the village was able to add two positions in the community development department and one in solid waste.

Growth tied to major capital outlay projects is what dominates the upcoming fiscal year’s budget, which totals $23.5 million in revenue and more than $25 million in expenses. Compared to the 2001-02 budget, the village has seen a 29 percent growth in revenue and 23 percent in expenditures.

More than half of the budget, or 55 percent of the general fund, goes to personnel services and to the people who provide services to the community every day — firefighters and police.

Capital outlay includes significant infrastructure projects, such as Luna Hills, a downtown sewer project and an addition to the Los Lunas Public Library.

“These projects have been in the making for two or three years,” Fernández said. “They’re all going on at the same time.

The Luna Hills project includes installing sewers and drainage as well as curbs and gutters. The village is currently waiting to close on a loan for the project while a portion of the money has been identified within the budget.

The downtown sewer project totals $2,732,408. The village plans to replace existing sewer lines, some dating back to the 1940s.

It will cost the Village of Los Lunas $400,000 to complete the addition to the library, which includes expanding the building to make the bathroom facilities handicap accessible.

The village is also adding more office space, for $300,000, to the Wellness Center, near Heritage Skate Park. For $250,000, a park-and-ride facility will be added to the transportation building. The department serves all of Valencia County and transports residents to destinations such as job sites, shopping and to medical visits in Albuquerque.

“There were no capital expenses made last year. That’s why, in a sense, the budget has grown. It continues to grow,” Fernández said. “We have to spend money on those multi-million dollar projects that are ready to get started. Some of the funding is in place but not enough to do the entire project. We hope every year to get additional federal funding. This year should be the year to kick off projects.”

Some of the major department purchases are for community development, which will acquire two new vehicles. One fire truck was purchased through a lease agreement of $33,000, replacing one lost in a roll-over accident at Carson Park in March.

The village acquired just over a million dollars in municipal arterial program (MAP) funding for North Los Lentes Road. Improvements such as replacing a culvert on one of the main drains is expected, along with replacing pavement and completing drainage improvement.

“Some type of bike bath will be built, along with curb and sidewalks,” he said.

According to Fernández, new commercial activity is having a positive affect on the village’s budget. Last year’s gross receipts came in at 6 percent more than the year before.

“We hope to keep growing,” Fernández said. “This year’s budget was built on a 5 percent increase. The council feels more comfortable to budget conservatively. Just in case, you never know. After Sept. 11, we were still able to show that growth. We still have to prudently manage our resources as we get them, especially because of the number of capital outlay projects we have going.”

In the last few years, Los Lunas has seen big businesses move in after stores such as Big Five and Staples opened.

“We finally saw the growth this year after two years of decline. Three years ago, we saw a tremendous increase in gross receipts taxes with growth in construction, major highway projects and residential growth.

“Now, that has slowed down. Commercial growth has picked up again. It goes in cycles. We’re on the big booming commercial side. In six months, we expect the residential will pick back up,” Fernández said.

“That’s a direct reflection of the one-eighth of a percent in gross receipts taxes the voters approved last year. It doubled our revenue for the infrastructure fund. It was important to get all the capital outlay projects started.” 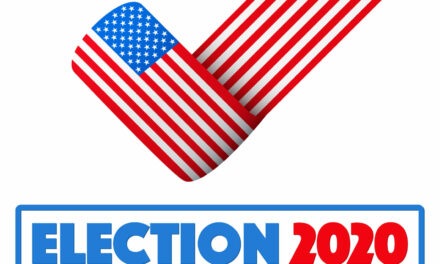 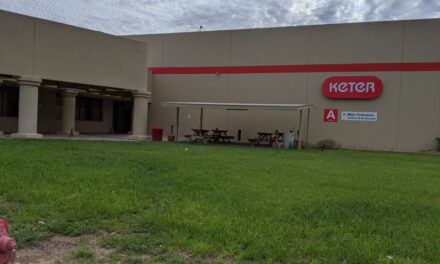 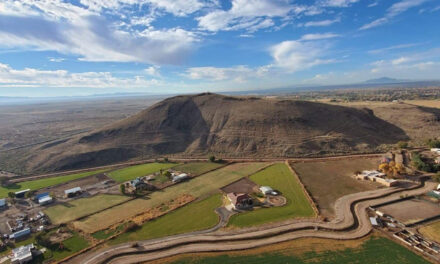