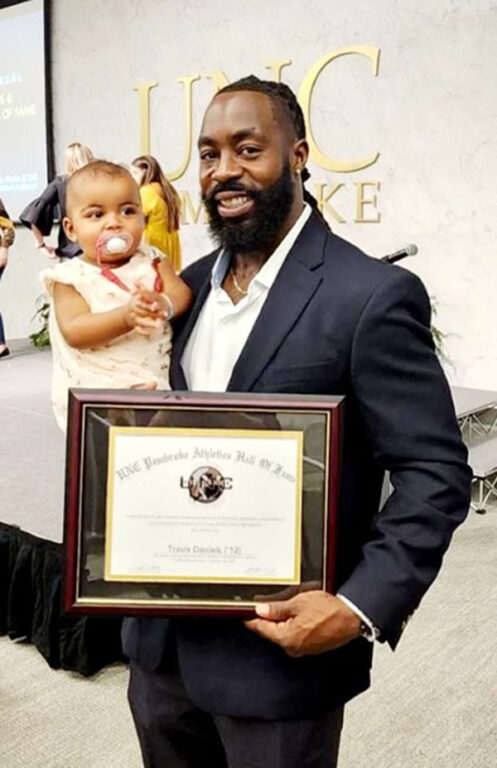 Submitted photos
Travis Daniels, a Gil Sanchez Elementary School teacher, was inducted into the Hall of Fame at his alma mater.

JARALES — Travis Daniels, a physical education teacher at Gil Sanchez Elementary School in Jarales, was recently inducted into the University of North Carolina-Pembroke Hall of Fame.

Daniels was an All-American running back, and is the Braves all-time leading rusher.

“I had been working hard at it since I was a kid,” said Daniels, who played his last game in 2011. “It was amazing. I got to see my old teammates,” Daniels said about the induction ceremony.

Daniels, who lives in the Jarales area with his wife, Maria Elena, and their three children, has been a teacher at Gil Sanchez Elementary for three years.

“People are very nice here,” Daniels said. “The atmosphere is different,” than his native North Carolina. “Being able to see where I’m driving, the mountains,” instead of all the trees back home.

In his spare time, Daniels works as a personal trainer. 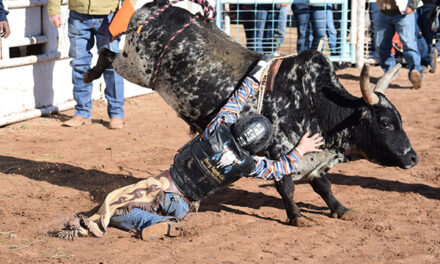