I’m just going to say it. Candy corn is gross, terrible, awful stuff. Much like black jelly beans at Easter, these waxy chunks of yuck need to be jettisoned from our holiday candy repertoire.

As a kid, getting handfuls of candy corn was the worst. And it was literal handfuls because for some unexplainable reason, it was doled out loose, with no packaging. I have to imagine that violated some kind of health code.

Unlike the horrible liquorice flavored black jelly beans, no one in our house liked candy corn. My mother loves the black jelly beans and when she found out she could buy just that flavor in a giant bag, well … let’s just say we had words with the Easter Bunny.

Back to the candy corn. No one wanted it. Even the dogs took a pass. It was very disheartening, especially considering how challenging it was for my brother and I to go trick-or-treating in the first place.

I know some of you have been reading my little missives long enough to know where I grew up is the antithesis of suburbia. For those of you who are new, I grew up in the heart of the Ozarks, surrounded by trees, pastures and cows.

Our nearest neighbor was a half mile that way and the other was a couple miles the other way around. We lived on a gravel road crossed by the same creek twice. So, when late October rolled around, while the foliage was a glory to behold, it was hard to get into the “spirit” of the season.

With passing traffic most days consisting of the school bus and Dad’s tractor, going all out decorating the house seemed like a bit of a waste. Plus, we were rather broke-ish, so Mom just stopped dusting for a while and let the cobwebs accumulate. It was fine.

Given the serious lack of neighbors within walking distance, trick-or-treating was limited. Our best chance to dress up and beg for free candy was at school.

Most years, when Halloween landed on a week day, our tiny elementary school came to a grinding halt for the afternoon.

The four classrooms would empty out and we’d gather in the gym, parents crowding the bleachers, for a Halloween parade and costume contest.

For years, it was a foregone conclusion that my bestie would win. Her mom was what the kids now call “extra.” She would plan the costume for months, sewing, crafting masks, perfecting the makeup.

My friend was a werewolf, a genie and one memorable year, Mac Tonight. That’s right, she was the McDonald’s moon-faced pitch man. Complete with crescent moon head and stylish suit. The rest of us never stood a chance.

Then there was the sugar fest of punch, cupcakes, candy, popcorn balls and of course, candy corn by the handfuls.

I have vague memories of my costumes. I think I was mostly a ghost. Or a princess. Or a ghost princess? Childhood was a minute ago, folks. There’s a picture somewhere of my brother decked out as a cowboy, complete with a hat, holsters and boots, grinning like a dork.

I think there was a time we went “into town” and someone’s older brother drove us around for an hour or so. Even then, rural Missouri towns had limited opportunities. I seem to remember a lot of dark houses.

I did score a full-size Hershey bar with almonds though, along with handfuls of candy corn. Seriously, what was up with that?

There was a party in someone’s barn during high school. I remember wearing a striped sweater. Maybe a vague homage to Freddy Krueger? There were prickly hay bales, bobbing for apples and a lot of teenage angst. If memory serves it ended with a corn maze and crying.

Yeah, Halloween was a weird occasion as a kid, so as an adult, I have a hard time working up enthusiasm for it. I love seeing the costumes and decorations, but I’m good with just being a spectator.

I also take great joy in shunning the still-present bags of candy corn at the stores. At this point, I have to assume there’s some vast conspiracy to keep it around. 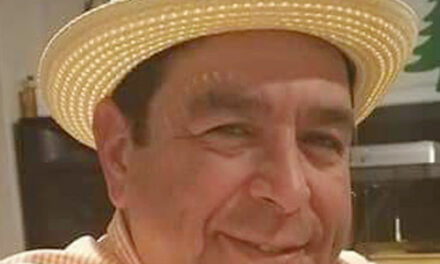 Serving on a jury is an opportunity

Who we are at VSWCD