Valencia started off the week by beating Valley by a final of 53-43. In that contest, Jadyn Montoya scored 28 points, had six steals and six assists in the win, while Elena Lucero had 8 points and five steals.

On Thursday, the Lady Jags fell on the road to Kirtland Central, 38-22. Montoya had 8 points for the Jaguars.

To end the week, Valencia defeated Santa Teresa, 32-18. In that contest, it was Zoe Brown scoring 13 points for the Lady Jaguars, while Montoya chipped in with 5 points and 10 rebounds.

The Lady Jaguars are now 9-7 on the season, and will begin in-district play this upcoming week. Valencia will host Belen this week, before traveling to meet St. Pius at the end of the week.

The Valencia boys split their games during the week, although both were very entertaining.

On Wednesday night, Valencia lost in overtime to Capital by a final of 45-40.

On Friday, the boys were on the better end of a close game, beating Bernalillo 53-52.

In that contest, Richie Baca scored 19 points, while Ali Abdullah had 15 points and 12 rebounds.

“We needed this one,” head coach Jesse Hathoot said after the game. “We’ve been in so many close games, to finally win a close game is a confidence builder for this team.”

Valencia is now 5-12 on the season, and will also be opening district play this week.

First up for the Jaguars is a trip to Belen to take on the Eagles. They will then host St. Pius on Friday night.

The Belen boys saw their winning streak come to an end, but finished the week on a high note with a win.

The Eagles fell in their first game of the week, that one a 61-48 loss to Rio Rancho. Daniel Corrales had 13 points and seven rebounds. Dalton Bland added 8 points and five rebounds in the defeat.

Belen would bounce back on Thursday as they beat Bernalillo for the third time this season. This one was a 66-58 decision in favor of the Eagles.

Against Bernalillo, Corrales went for 18 points, while Brody Jaquez added 15 points and Luis Garcia had 13 points in the victory.

The Eagles are now 11-5 on the season and will open up district play this week with two contests.

First up is a visit from Valencia, then the Eagles will travel to meet St. Pius on Friday night.

The Lady Eagles lost both of their games last week to push their record down to 1-15 on the season.

Belen lost the first game they played last week by a final of 62-22 to Atrisco Heritage.

The Lady Eagles then lost to Albuquerque Academy on Friday by a final of 49-36.

Belen will open up district play this coming week with two games.

First up is a visit to Valencia to take on the Jaguars. The Lady Eagles will then end the week by hosting Highland on Friday night.

The Los Lunas Lady Tigers finally broke through into the win column this past week at the Hope Christian Tournament.

Los Lunas opened the tournament with a 42-28 loss to the Taos Tigers.

Next up, the Tigers would score their first win of the season, beating the Hope Christian JV team by a final of 51-23.

Finally, the Lady Tigers would defeat Hot Springs in the fifth-place game by a final of 44-34.

The Lady Tigers are now 2-13 on the season. They will be in action twice this week, both district contests. First up, the Tigers will play at Manzano, then they will end the week with a trip to take on Santa Fe High School.

The Los Lunas boys were on the losing end of both of their games last week.

The Tigers were defeated 67-31 by Volcano Vista early in the week. In that game, Jalin Holland scored 20 points for the Tigers.

The Tigers then lost on Friday night at Hobbs by a final of 65-54. Holland would once again be the leading scorer for the Tigers, this time with 26 points. Ezra Guest would add another 16 points along with eight rebounds in the loss.

The Tigers are now 8-8 on the season, and they too will be opening district play this week.

It was a big week for the Los Lunas boys wrestling team, as they took home the championship in the Joe Vivian Invitational over the weekend.

The Tigers scored 230.5 points at the meet, winning by a margin of 45.5 over second-place Volcano Vista.

Los Lunas would get an individual win from Miguel Andrade, who took home top honors in the 170-pound category.

The Tigers had a couple of runner-ups as well. Zander Doyle took home second in the 182-pound category, and Ernie Gonzales was runner-up in the 120-pound category.

The boys wrestling team will be in action this week with a dual against Belen that will be held at LLHS.

The Belen boys wrestling team opened the week by defeating Valencia by a final of 72-10. Belen would get wins in 11 matches in which their was no competitor for their wrestlers.

Anthony Rodriguez scored a win over Quinn Burgess of Valencia during the dual.

The Eagles competed in the Joe Vivian Invitational over the weekend, and came home with a fifth-place in the overall team category.

Up next for Belen will be a dual against Los Lunas, and then they will end the week by participating in the Bernalillo Tournament on Saturday.

Valencia lost to Belen in their dual this past week, 72-10, but there were some bright spots in the loss for the Jaguars.

Elijah Duran and Omar Estrada took home wins in their match-ups during the dual.

As of now, the Jaguars are scheduled to have a dual against Grants and then they will be in the Bernalillo Tournament on Saturday. 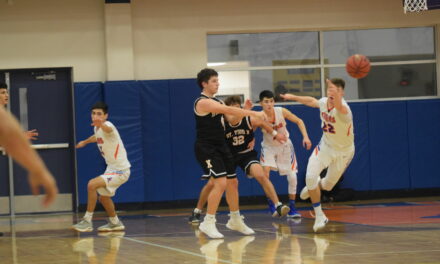 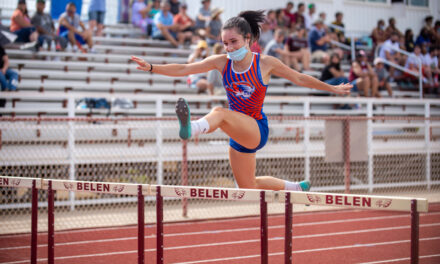