BELEN — It’s a problem affecting communities across the country, and now it’s come to Belen.

Belen Police Chief James Harris facilitated a town hall meeting last week looking for solutions to the ongoing problem of homelessness and vagrancy in the city.

“Tonight is about figuring out what we can do for an ongoing issue that is getting worse,” Harris said at the beginning of a nearly two-hour meeting. “That issue is homelessness and vagrancy.”

Harris said he’s been getting a lot of complaints recently about people sleeping on city property, sleeping on benches, in the city parks and at privately-owned businesses in Belen.

“This is a situation we have to get a handle on,” the chief said. “This situation isn’t an easy fix, and this is a community problem … no one can do this by themselves. Everybody needs to come together and help find a solution to fix this.” 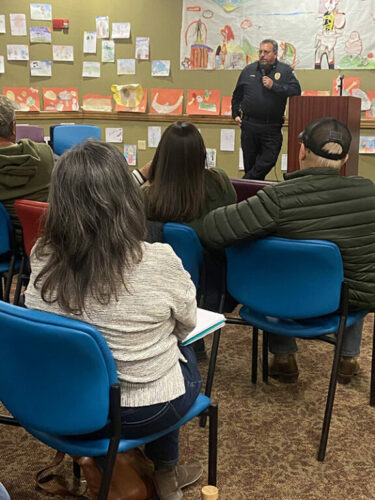 Belen Mayor Robert Noblin agreed, telling the News-Bulletin after the meeting there are some, but not a lot of resources in Belen and Valencia County for those experiencing homelessness.

“I’m not sure there is a fast solution,” said Noblin. “It is not illegal to be homeless, but I am sure that we have to set clear boundaries, as a community, while directing the homeless to the few resources we have.

“This problem is larger than the city of Belen or the Belen Police Department, but not larger than our community. We need to be aware of what is available and guide to those services.”

While no one attending the meeting had a solution, several people did have suggestions.

Robert Kaneshiro, a volunteer with the St. Theresa of Calcutta Soup Kitchen, says local clergy needs to be involved in the conversation and the solution.

“A lot of times, the issues involve mental illness and drugs,” Kaneshiro said. “We need resources, a place where they can go to help with drug problems or mental illness. There are resources out there.”

Belen resident Vanessa Alexander said she has had a lot of experience with the homeless population, and has talked to them about their situations.

“We make it easy for them to come here and stay here,” Alexander said. “I’ve taken so many people off the streets and none have lasted more than a month or two. I’ve spent thousands of my own personal money.”

Alexander said many of those living on the street don’t look at their futures further than a day ahead.

“We have to stop making this community an attractive nuisance,” she said. ““The things that attract them is being able to steal quickly and easier. We need to learn how to lock things up.”

Alexander told the crowd of about 50 people the only way to stop the problem in Belen is to figure a way to move the homeless people out where there are resources for them.

Joe Nilvo, who owns and operates Joe’s Hot Dogs stand, said he’s been confronted by people who he suspects are homeless and intoxicated.

“In the two year’s I’ve been there (at Ace Hardware on Reinken Avenue), I’ve never had an officer come up to me,” Nilvo said. “I don’t see community policing … and it’s the same in Los Lunas. I don’t see (officers) checking in on the businesses.”

Nilvo said as a businessman, he can’t afford to give away hot dogs “to every guy who comes by. I don’t sympathize with them. I have to pay my bills, too.”

Annette Baca said the people being talked about are “our brothers and sisters in Christ. Many are freezing, living outside and maybe they are drug addicts.

“I thought that was why we are here,” Baca said. “We all know they are troubled, and some are criminals, but some of them are good people and need our help.”

Click the image for the Community Wellness Council’s searchable database for resources in and near Valencia County.

Jenna Rael, with the H2 Academic’s Valencia County Resource Center, said they could be the beginning of a solution. She told the crowd the organization provides services for free, including referral services, basic needs, including clothing, food and vouchers, assessments for needs, employment navigation and more.

“We’re new and we have a very heavy caseload,” Rael said. “We see most clients every day and they are getting help. It takes a community.”

Delora Silva, a Belen resident, said Holy Ghost and Fire Church, also has resources for those in need, including food, clothing, hygiene products and fellowship at the church.

“The Belen Prayer Group is willing to support the mayor and the police to support the homeless population,” Silva said. “We don’t want to draw or keep them here, but to meet the need that is here. We need to help them so they don’t feel we’re ignoring them.”

Harris said two homeless men have died recently — one in Belen and one in Los Lunas.

“People are dying, and that’s what I care about,” the police chief said. “We have to do something. Whatever we do, always remember that these people are people, and deserve our compassion.

“This problem has grown from minor issues over the years to what we have now,” he said. “We’re facing the same issues as any large city is.”

The Community Wellness Council also has a searchable database for resources in and near Valencia County at resourcesvalencianm.org. 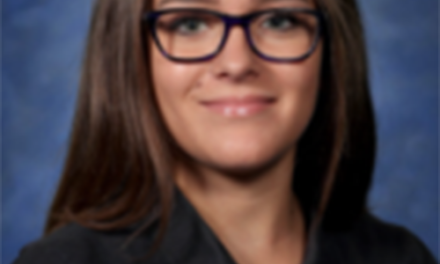