LOS LUNAS — As people across Valencia County are trying to cope with the “new normal” of the COVID-19 pandemic, many locally-owned businesses have been forced to close their doors.

Joe Nilvo, who has owned and operated Joe’s Barbershop in Los Lunas for more than five years, wonders how long this will affect his business and his livelihood.

Having been a barber for 18 years, Nilvo said barbering is his passion, and has been able to sustain his business with the help of loyal customers.

Joe Nilvo, who owns and operates Joe’s Barbershop in Los Lunas, was forced to close up his shop last week because it was classified as a non-essential business.
Submitted photo

“I do have people who come work with me, but most of the time, it’s just me,” Nilvo said. “I’m able to sustain the business by offering online booking and appointments, and of course walk-ins. I’ve had a very good response from the community since I’ve opened the shop.”

Along with other barbershops and hair salons, Nilvo was instructed by the state’s Barber and Cosmetology Board that he would have to shut down, and was warned that if he was caught operating in any way, he could face license revocation and fines.

“This is a pretty serious thing,” Nilvo said. “People have asked if I could just meet them at the shop after hours, or if I could go to their homes to cut their hair. It’s not worth if I get caught.”

Nilvo said not only would he be jeopardizing his career if he works right now, he might be risking his health and that of his clients.

“Being told that I’m not essential is hard, but I get it,” he said. “I need to concentrate how can I protect myself and other people — no matter what.”

While he can’t earn a living right now by cutting hair, Nilvo and a lot of other businesses owners still have bills to pay, such as rent, insurance and utilities.

“I’ve never missed my rent payment and for the first time, I can’t meet my overhead. I’ve talked with my landlords and he’s going to work with me, which is a blessing,” Nilvo said of his landlords, Pedro Rael and Lydia Piro. “They gave me break on rent, which was due the first (of the month).”

While concerned how he’s going to be able to pay his utility bills, he’s grateful that the village of Los Lunas, PNM and New Mexico Gas Co. have guaranteed they won’t disconnect those who can’t pay for services.

With no income coming in from his barber shop, he’s been doing some landscaping work around his neighborhood, and is contemplating changing career fields if he’s forced to shut down for the longterm.

Nilvo also appreciates his clients, who he says he’s been able to build a tight relationship with.

“I have to give a shout out to some of my customers, who have put money in envelopes, knocked at my door and left without asking for anything in return,” he said. “I’m trying not to panic right now, because I think I have enough of a customer base that when this clears up, I’ll think I’ll be OK. But the longer it goes, I might not be able to keep a storefront but rent a booth.”

One local business deemed essential and still operating is RAKS Building Supply in Los Lunas. Kenny Trujillo, one of the owners, said the pandemic has also affected his business.

“We have to be a lot more careful with our employees and customers,” Trujillo said. “Our main concern is everyone’s health, keeping a safe distance from one another and we’re constantly cleaning our doors and counters with Lysol.”

The clerks at RAKS are cleaning their counters and area after every customer comes to the counter, and they’re adhering to the 6-foot distance rule.

“We’re also trying not to let more than five people in the store at a time,” he said. “When a family of seven comes in, we ask they stay outside and only one person comes in.”

Trujillo said as soon as RAKS gets items in, especially cleaning supplies, they are flying off the shelves. But he’s grateful they’ve been able to help people of Valencia County.

“People need to be careful and stay healthy, so we can get over this as quickly as we can,” he said. “Valencia County has done a great job of pulling together as a community.”

As for RAKS’ employees, Trujillo has asked if any of them feel sick to stay home. He’s also offered those employees 60 years and older the opportunity to stay home as well — none of whom have taken him up on his offer.

“We’ve also taken it upon ourselves to close on Sundays so our employees can stay home with their families,” he said.

Because so many people are not able to go to work and school, Trujillo said he has seen a slight increase in business over the past couple of weeks, although springtime has always been the business’s busiest season.

As a supplier of construction materials, RAKS is also grateful that the industry is continuing to work.

“By letting them continue construction, our business is still good, especially home business,” he said. “(N.M. Department of Transportation) is still doing the bridge, and they’re buying locally, which is giving us a lot of business.” 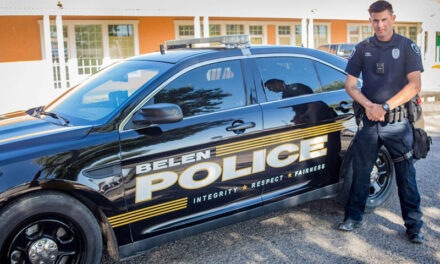 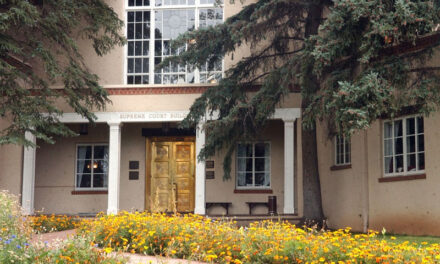 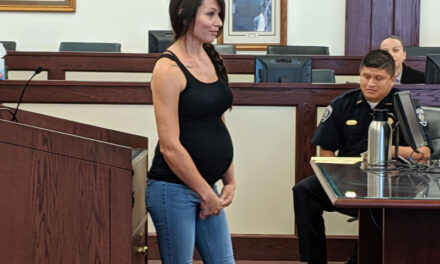