Although they graced the stage for a mere 50 minutes, Stephan Jenkins and the guys of Third Eye Blind stole the show at the Journal Pavilion Sunday night.

Clad in khaki cargo pants, a comfortable T-shirt and his signature black top hat, Jenkins burst onto the stage with “Graduate” from the band’s self-titled debut album.

Bright gold letters depicting the band’s name illuminated Third Eye Blind as the lead singer grabbed the microphone and ran to the edge of the platform. With his on-stage antics, Jenkins and his top hat reminded me of rock ‘n’ roll ringmaster.

Whether it was singing along to “Anything” from the “Blue” album or jamming to new tunes from 3EB’s upcoming “Crystal Baller,” the crowd went wild every time the intense Jenkins opened his mouth.

Not only does this charming singer write honest, moving lyrics, he performs with more energy than most alternative-rock stars in the business today. This modern-day poet exudes self-confidence and sincerity.

You can’t help but be seduced by his voice, his energy and his personality. After almost every song, Stephan took a bow and gave a look that said, “I’m gonna rock your world.”

Like so many artists before him, Jenkins loves New Mexico and made it a point to tell concert-goers how beautiful he thinks the Land of Enchantment really is. “It’s been a few years since we’ve been out here,” Jenkins said. “It makes me feel like I’m leading a semi-charmed kinda life.”

At that precise moment, fans joined him in singing the catchy “doo-doo-doo” chorus to one of the band’s most popular hits,”Semi-Charmed Life.”

With a mischievous grin, Jenkins made a move to enter the crowd.

“I’m going in,” he declared, putting his top hat back on. That’s when security escorted the singer down the aisle to a small platform in the grass area above the amphitheater.

Never before have I witnessed such awesome audience participation. Concert-goers from the very back section to the front row seats swayed back and forth to “Never Let You Go” and “Jumper.”

Strutting his stuff, the brash Stephan Jenkins ran back to the main stage, where he searched the sea of faces in the crowd. He knew we wanted more, especially after hearing the beautiful, bittersweet “Motorcycle Driveby.”

After the lights dimmed and 3EB finished its set, the fabulous foursome pleased their fans and came back for an amazing encore with “How’s It Gonna Be.” The 1997 hit, made up of intimate lyrics and edgy electric guitars, remains a crowd favorite to this day.

What a rollercoaster ride of rock ‘n’ roll. We smiled with delight as Jenkins and his bandmates added a surprise dose of old-school rock by playing Led Zepplin’s “Stairway to Heaven.”

It was the perfect ending to a show that left our spirits high.

Although Third Eye Blind left us craving “Crystal Baller,” the rock show was far from over. The Goo Goo Dolls’ Gutterflower Tour featured newcomer Vanessa Carlton. With her long chestnut hair flowing in the breeze, the sweet singer performed from her personal piano, and, in a very real, humble way, she explained how she wrote her current hit, “A Thousand Miles.”

“I’m very happy and honored that New Mexico welcomed ‘The Thousand Miles Girl,'” the former ballet dancer told the audience. “I adore you all.”

The innocent, captivating “Tori Amos-like” Carlton completed her short performance with her own version of the famous Rolling Stone hit “Paint It Black.”

The glory of the Gutterflower Tour’s headliners, the Goo Goo Dolls, relies on their honest, feel-good approach to the fans. The guys, who have been around for more than a decade, were proud to deliver radio rock-pop ballads such as “Name” and “Iris” to the Journal Pavilion crowd.

Lead singer Johnny Rzeznik and bassist-vocalist Robby Takac remind me of music icons Steven Tyler and Joe Perry of Aerosmith. The two friends possess an almost magical writing and live-performance relationship, unlike other rock bands making the music scene. Performing material from three of their seven albums, the Goo Goo Dolls started the New Mexico show with “Long Way Down” from “A Boy Named Goo.”

Rzeznik commented on how tremendously good he felt to be in the desert. “I think I’m going to have to pull out my encyclopedia to see what altitude we are at,” he said to the fans.

The fans went crazy with excitement when the band played the older tunes from “Dizzy Up The Girl” plus a medley of new rock songs off the “Gutterflower” CD.

Even though “Name” was a hit seven years ago, the crowd-pleaser is an instant reminder of why the Goos are such a popular band. And the new album is once again an ideal mix of gritty rock and beautiful ballads.

One of the most memorable moments of the rock show came when the lead singer saw a woman in the front row talking on her cell phone. Rzeznik immediately asked who she was talking to and the woman responded, “My husband, Paul.”

The Goo Goo frontman asked if he could call the fan’s husband back so they could chat. As he was dialing, he said, “This is going to be good!”

As if it wasn’t funny enough, the lead singer told the audience to “Tell Paul hi.”

“Your wife is right here, rockin’ out with the rest of us,” the frontman said with a smile. He gave the woman her cell phone back and turned the microphone over to Takac, who belted out a couple of the bands harder songs.

The skillful bassist got the crowd pumped over and over again with such new tunes as “Up, Up, Up” and “Tucked Away.”

After seeing them live, there’s no doubt about it. Rzeznik is indeed the ballad man of the group. Takac appears to be the true rocker. No matter what song you’re listening to, that combination seems to be a recipe for music-making success for these bold boys from Buffalo. The Goo Goo Dolls rock. 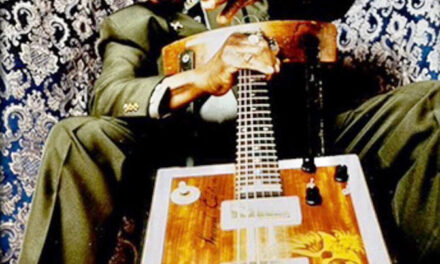