Fire investigators recently ruled that unknown transients were probably responsible for accidentally causing a fire that destroyed a building on Seventh Street and Dalies last month.

After Belen Fire Chief Wayne Gallegos and other fire investigators eliminated several other possible causes of the fire at Belen Consumer Finance, he said he believes the fire was unintentionally set.

“We found out by cleaning the debris that there was a pre-fire set on the ground behind the building,” Gallegos said. “We’re concerned that they (transients) were cooking food, cooking drugs or smoking back there. We can’t pinpoint it exactly, but we found papers in a small pile.”

Gallegos said this was the second fire in the neighborhood that transients are suspected of causing. Firefighters were able to prevent another fire from spreading into the historical Oñate theater several weeks earlier.

Belen Assistant Fire Chief Skip Mills said the Oñate fire started in a pile of rubbish behind the building.

Gallegos said that, when firefighters encounter a fire such as the one at Belen Consumer Finance, he has to start the investigation from the ground up and start eliminating the different things that could have caused the fire. With help from several fire investigators brought in by PNM and the business’s insurance company, Gallegos quickly eliminated a gas or electrical cause.

“The gas was the biggest thing feeding the fire,” Gallegos said. “I eliminated that one first. When the roof fell, it hit and broke the gas meter. Once it hit the meter, it started releasing gas, and it just started torching it up really fast.”

When firefighters arrived at the burning building, they encountered two live power lines on the wet ground and another sparking several feet above them. Gallegos said he quickly ruled out that a power line caused the fire.

After cleaning out the debris behind the building, Gallegos found a pile of burned rubbish. He said he believes the burning pile then spread to the wood exterior of the building. On the second day of the investigation, he said he found two plastic bags filled with canned food and a can opener left on top of the bags.

“We don’t know if it was theirs (transients), or if someone felt bad and left them some food,” Gallegos said.

As a result of the fire, Belen Consumer Finance was forced to re-establish its business.

Pat Cordova, who manages the business for his parents, Ismael “Smiley” and State Representative Kandy Cordova, said, even though the building was almost totally destroyed, all their files were saved.

Several days after the fire, Belen Consumer Finance opened up shop down the block, at 716 Dalies.

“Right now, we’re re-establishing the computer system and waiting to replace the phone system,” Cordova said. “We’ve also been doing a lot of clean up and saving what we are able to salvage.

“Our only plan right now is trying to provide services to the community. We just want to thank each and every customer for their patience and ask them to please bear with us until we’re back up to speed,” Cordova said. “We’re just leaving this up to the Lord, and he’ll provide for us according to his will.” 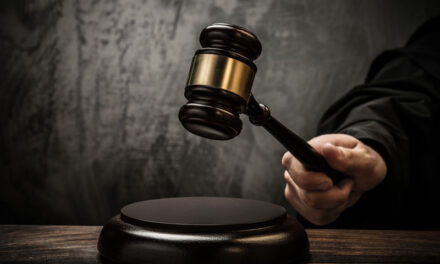 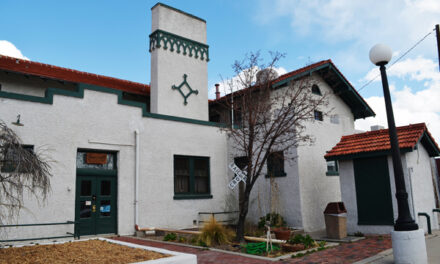