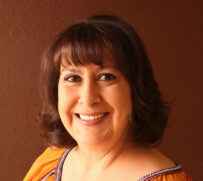 The first time I walked into the News-Bulletin building was in 1991 — two years after I graduated high school and while a student at UNM-Valencia.

I wanted to be a journalist and thought, “Hey, why not? I’ll just walk into the office of my hometown newspaper and offer up my talent.” Little did I know, it takes a lot more than having some writing skills.

I remember opening the doors and walking in and asking if I could apply for a position. The receptionist handed me an application, and I filled it out right there and then.

I don’t know how long it took before I heard back, but in April 1991, I received a letter from then editor Darrell Pehr.

“Thank you for taking the time to apply for the editorial assistant position at our newspaper. Your credentials were impressive, but another applicant was selected.

“I will keep your materials on file. If another position that meets your qualifications should open in the future, I will review your application. Again, thank you for your time.”

I don’t remember my reaction to the rejection letter, but I’m sure I was disappointed. All I had ever wanted to be was a journalist, and I wasn’t sure when or if it would ever happen.

I’ve kept that letter all these years, tucked away as a reminder that I should never give up on my dreams. I wanted to write stories; I wanted to report on what was happening in my community.

I have always loved to write, especially as a child. I would write stories about made-up people and places in lined notebooks that would pile up in my room. I wrote so much that a large, unsightly callous bulged on my middle finger, which is still there by the way.

My imagination let me write about whatever came to mind, people I didn’t know and who I could only envision. I would write about places that didn’t exist, and scenarios I could control.

I’ve also always been a very curious — more like nosy — person. (As my mom would say, I was, and still am, a mitotera.) I had to know everything about everyone, about what happened in every instance. I’m not sure, but I think I was the only 10-year-old girl who would read the newspaper from front to back.

The next time I walked into the News-Bulletin office was several years later, a few months after graduating from college. This time I had a journalism degree in hand, and I had a real interview and a real chance at finally achieving my dream.

Needless to say, I didn’t get a letter that time; I got a phone call instead. Now 20-plus years later, when I walk into the News-Bulletin office — a new and different office at that — I can still remember what it was like when that door was open to me, and when I realized that dreams really do come true.

I’ve had several opportunities to work at other, larger newspapers, but the News-Bulletin is and always will be my community newspaper. I love it here, and it’s where I hope I’ve made a difference.

I was once asked by an editor what is the most important role of a journalist. The answer isn’t hard — it’s about getting the story right; and if it’s not, it’s not worth writing.

Some people still ask me why I became a journalist. The simple answer is: It’s who, not what, I am. 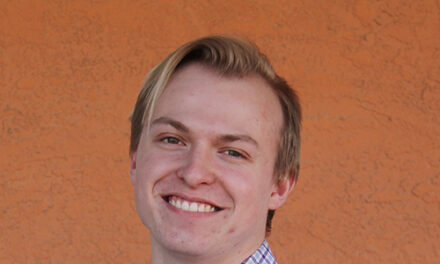