PERALTA — The Peralta Fire Department is experiencing a change in leadership after Chief John Dear, who has served the town for the past three decades, announced his retirement from the volunteer position in June.

Former Bosque Farms fire marshal Jeremy Fiedler will now take the helm as the department’s first paid chief, focusing on growing the number of volunteers in the department, specifically in EMS.

“I want to grow the department. I want to get the community of Peralta more involved in their department,” Fiedler said. “I heard from the membership here that one of their complaints was that residents of Peralta … didn’t even understand they had a fire department. They thought Bosque Farms provided all of that service for them.

“We need to make sure we are out there in the public’s eye and not just responding to the calls.” 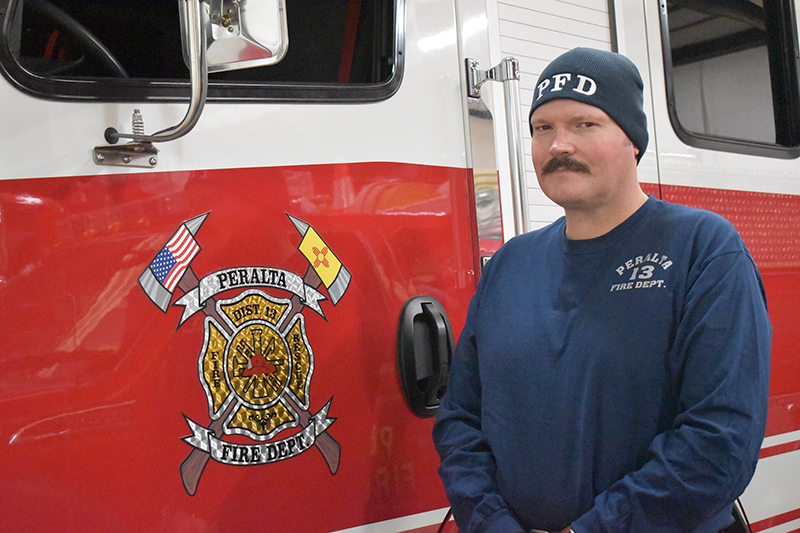 Makayla Grijalva | News-Bulletin photo
Jeremy Fiedler was named the new fire chief for the town of Peralta, a position which was recently made into a paid role. He is still assisting Bosque Farms with EMS services and has plans to grow the EMS services provided from the Peralta Fire Department as well.

Currently there are a total of eight volunteers, with retirement on the horizon for two and U.S. military basic training coming up for another. Fiedler said recruitment is a priority for him.

“Beggars can’t be choosers,” Fiedler said with a chuckle, adding he is working on changing the requirements for those applying as volunteer.

In addition to expanding the volunteer force, Fiedler wants to put special focus on expanding the department’s EMS capabilities with more training and volunteers already trained in emergency medical services since those are the most calls in the area.

“We’re not going to go out and buy an ambulance right away and start transporting, but we will be ramping up our EMS capabilities to where we can facilitate and help out Bosque Farms with personnel,” Fiedler said.

Towards the end of Dear’s tenure as chief, he began helping with the design of a new fire station in Peralta, which will be located west of the Molina Road and N.M. 47 intersection. However, Fiedler said he has plans to make some changes to the initial design to better benefit the volunteer staff at Peralta.

“It was designed for (Los Lunas) as a career station with a larger staff …,” he said.

Fiedler said the designs were based off of Station 2 on Sandsage Road in Los Lunas.

“We don’t have the personnel and probably won’t in the next 20 years have that personnel as a paid department,” the new chief said. “Twenty years from now, I’m still envisioning this as a mostly-volunteer department. There may be more paid staff, I don’t know, but the station as it is, it’s too heavy on a paid, shift type of department. We need to organize it for a volunteer”

The changes he wants to pursue include more space in the apparatus bay, and less dorm-type features made to support a large 24-hour staff.

Fiedler expects growth of the department towards a fully-paid staff to be slow since salaries and budgets are determined by the town council.

“More than likely, if we increase the footprint or the coverage for EMS and that capability here, that will be what pushes that part forward with a part-time paid staff or a full-time to provide more EMS coverage,” Fiedler said. “Because in the fire department, EMS is like 80-plus percent of the calls.”

Fiedler rang in his first day on Oct. 31 with his first week mainly of setting up phones, computers and other office work. However, he is still answering EMS calls for the village of Bosque Farms, which occasionally pulls him away from work in Peralta.

“The transition so far has been fine because right now I don’t have a command unit to run out of, so it’s a juggling act right now, just trying to get computers hooked up and phones hooked up,” Fiedler said.

He has met with his volunteer staff and is looking forward to getting them more training to provide the best fire service possible to not only Peralta, but the surrounding communities. 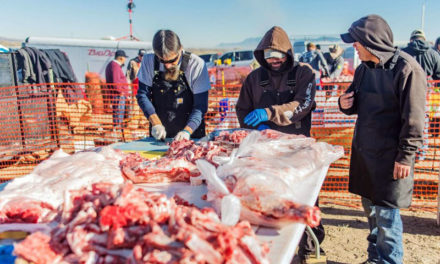 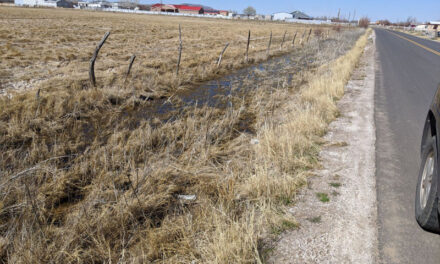