A recall petition for a Los Lunas Board of Education member won’t be circulated for signatures after a district court judge’s ruling from the bench last week.

Attorneys for the petitioner, Barbara Duncan, and defendant, board president Bryan Smith, argued before 13th Judicial District Court Judge George Eichwald on Wednesday, June 3, as to the purpose of the evidentiary hearing.

Duncan’s attorney, Clint Hunter, said it was up to the court to decide whether there was probable cause to let his client begin to gather signatures to trigger a recall election of Smith.

Hunter filed for a continuance of the hearing in order to gather additional evidence and witnesses in the case. He argued the 14 days laid out by the recall statute between the filing of the petition and evidentiary hearing wasn’t enough time.

“The standard is high for the petitioner,” Hunter said. “This is a high burden that can’t be met in 14 days.”

The attorney said he could bring evidence to prove the allegations Duncan made against Smith of malfeasance and misfeasance, and asked the judge to set aside half a day to hear the case and decide probable cause.

The judge, however, granted Smith’s motion for dismissal, saying the petition should be specific in the allegations, not simply a list of conclusory allegations.

“This hearing was not to come to court and ask for time to prepare,” Eichwald said. “You should have come with evidence and witnesses.”

Martha Abeyta filed a recall petition for Otero on the same day Duncan filed hers for Smith, Thursday, May 21. Abeyta filed a motion to withdraw the petition on Tuesday, June 2, the day before the evidentiary hearing before Eichwald.

The recall petition against Smith included allegations of interfering with the day-to-day operations of the district, violating the civil rights of citizens at a board meeting, five alleged violations of the state’s Open Meetings Act, abuse of power/office for retaliation, numerous violations of school board policy, decisions that created an undue financial burden on the school district, being deliberately indifferent to employee complaints and violating the superintendent’s 14th Amendment rights, which guarantees equal protection under the law.

The allegations against Otero were similar to those against Smith, and included “unethical behavior related to procurement contracts with vendors.”

After last week’s hearing, Duncan and Abeyta issued a joint written statement on behalf of a group they represent called the Los Lunas School Board Member Recall Committee.

“It became very clear that we were not willing or able to continue to pay attorney fees to present our case against board members Bryan Smith and Steven Otero,” the statement read. “Attorney fees for Mr. Otero and Mr. Smith were most likely paid for by the taxpayers, through the Los Lunas Schools …”

The statement continued, saying the cases weren’t dismissed and withdrawn due to the “lack of guilt” of either man, but rather due to time and money constraints to prepare and continue the legal route.

“In the end, the charges against the board members are relevant and should be questioned by the public,” their statement concluded. “Perhaps the court of public opinion will prevail and hold these elected officials accountable.”

Los Lunas Schools attorney Andrew Sanchez, who represented Smith at the hearing, called the process “trial by ambush,” arguing that once a petitioner files a recall petition with the court, they have 14 days to prepare witnesses and evidence.

“These are conclusory allegations without when or what or how it happened. If you put this in front of a voter, would they know what transpired to support a recall? There is supposed to be a supplemental page with details and facts to support the face sheet,” Sanchez told the judge. “If the court allows the petition to go forward as it is, the implication is these matters have been adjudicated, that the board president did these things and they are contrary to law.”

Sanchez argued the recall process was being used to settle an ongoing personnel dispute between the board and Los Lunas Schools Superintendent Dana Sanders.

“They are asking the court to be a super (human resources) department and solve the superintendent’s employment issue,” Sanchez said.

Both Otero and Smith said they were happy with the resolution to their cases.

Otero said he was trying to do what was right for the district by looking over the finances.

Smith said he was “sad it got to this point … I’m going to continue to do what I think is best for this district and these kids, and continue to move on.”

Sanders was put on paid administrative leave on April 17. Late last month, she publicly aired her grievances in a letter with several board members, including Smith, accusing them of breaking the law and violating employees’ rights.

Since then, she and Smith have exchanged lengthy letters in which they both accuse the other of being dishonest and retaliatory. 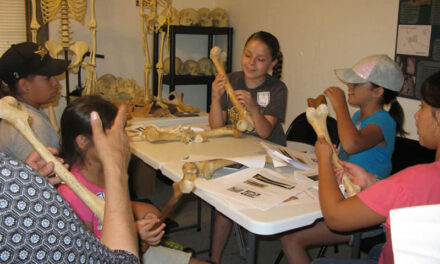