Seeing John Mayer in concert at the Paolo Soleri amphitheater in Santa Fe last week was like attending a live, unplugged concert for MTV.

Up close and personal, the mood was relaxed and comfortable at the intimate setting where fans in the front row could literally reach out and brush their feet against the stage.

Mayer, who is in his early twenties, is enthusiastic and passionate. Although he hasn’t been around for long, the songwriter can sure attract an audience. Legions of devoted fans flocked to see the smoldering-brown-eyed singer whose voice sounds like Sting, Dave Matthews and Jakob Dylan, all wrapped up in one.

Under the dark star-filled sky, the young singer compared the dome-shaped amphitheater stage to that of the pod-racing scene in “Star Wars: Episode One.”

The show was worth the 90-mile drive from Belen — it’s a beautiful place to attend a concert.

With a six-string guitar and honest lyrics, the video-ready, good-looking singer captivated the crowd with his folk-rock collection.

Singing creative songs such as “3×5,” “No Such Thing” and “City Love,” Mayer embodied a warm stage presence. He talked openly about life, love and relationships as the hot New Mexico air cooled off and the night progressed.

He made the girls giggle when he talked about that blissful period when a couple first falls in love. Mayer said those early days are like a free preview weekend when they show all the big hits on the movie channel.

“You fall in love with the right person for all the wrong reasons,” Mayer told the crowd with a smile. “That’s when they show all the good movies on TV to get you pumped up and excited about this person. They don’t show ‘Weekend at Bernie’s’ or ‘Schindler’s List.'”

He might be young and funny, but, when Mayer picks up a guitar, he turns into a serious guitar virtuoso with mature songs about the real world.

In “Something’s Missing,” Mayer sings about that little piece of desire in life that isn’t being fulfilled. Most of the fans mouthed the words along with him. “When you look at your life and tally everything up, life is fine. It’s that one thing that bums you out, but then you can’t remember it.”

“Love Song for No One” describes that universal craving for someone to love. “We think back in our lives and realize we could have met that one person in the sandbox when we were little kids,” Mayer said to the fans. “Or what if we were walking down the street and passed each other and I missed my chance. This song is about watching that one person walk away … when you’re tired of being alone.”

For Mayer, playing live is a continuous learning experience. Seeing him in Santa Fe proved he made the right decision to leave Boston’s Berklee College of Music at 19 to devote himself to music full-time.

Concertgoers walked away from Paolo Soleri smiling, knowing that Mayer had given them a piece of himself.

Following the concert, the songwriter got on the computer and updated his website to talk about the concert in the Land of Enchantment.

“There were tunnels and vents and ladders — all kinds of stuff all over the place. You might have felt as if you were in an Indiana Jones movie while walking around,” Mayer said in his on-line road journal.

“I’m going to put myself out on the line and say that this will be the most interesting amphitheater we will ever play.” 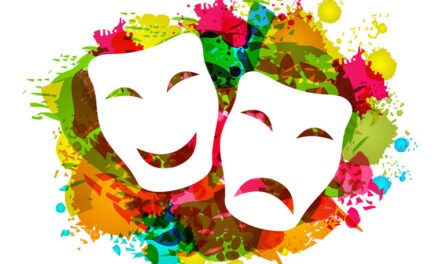 Bearing a gift beyond price, Rush performs at Pavilion