A district court judge has ordered the Sandoval County clerk to put the Democratic candidate for a new 13th Judicial District Court judgeship on the ballot for the November General Election.

Last month, Sandoval County Clerk Anne Brady-Romero determined 13th Judicial District Court Judge Karl Reifsteck was not a qualified candidate because Reifsteck didn’t register to vote in the district, which is comprised of Valencia, Sandoval and Cibola counties, before the 2022 general election proclamation was issued in January.

Reifsteck appealed the clerk’s decision, arguing he should be allowed on the ballot since, while he registered to vote after the original proclamation was issued, the seat he now holds through appointment and wants to run for didn’t exist before July 1.

According to a Sept. 1 Albuquerque Journal article, Brady-Romero’s attorney, Martin Esquivel, said Sandoval County officials had not decided whether to appeal the ruling by 1st Judicial District Judge Mathew Francis.

Reifsteck was appointed by Gov. Michelle Lujan Grisham in July to the new judgeship in the district, which was created during the 2022 Legislative session.

In March, Lujan Grisham signed the bill establishing the new judicial division in the 13th, as well as new divisions in the 2nd and 5th judicial districts. Reifsteck registered to vote in Sandoval County on June 4, after previously being registered in Bernalillo County.

Election code allows that after a primary election, if a vacancy occurs because a new public office is created and was not included in the governor’s proclamation, the state’s Democrat and Republican central committees can appoint candidates to be placed on the ballot.

According to her campaign website, Martinez began her legal career 16 years ago as a prosecutor for the 2nd Judicial District Attorney’s Office in Albuquerque. She gained experience as a civil litigation attorney, appearing in both state and federal courts. Martinez has also served as general counsel for various executive state agencies.

In the district court filing challenging Brady-Romero’s decision, Reifsteck’s attorney, Daymon B. Ely, says his client filed a declaration of candidacy and party nomination form at the Sandoval County clerk’s office on Aug. 23. Reifsteck was informed by Brady-Romero later that same day his name would not be on the November ballot because he didn’t register to vote in the district until June, months after the January proclamation.

“It was impossible for the January 2022 election proclamation to have included the election for the 13th Judicial District Court Judge, Division 9 because it did not exist until July 1, 2022,” Ely wrote.

The filing went on to say there was the belief on the part of Reifsteck and Ely that a “conforming proclamation” reflecting the three new positions was issued on Aug. 29, the same day the challenge was filed.

The New Mexico Secretary of State’s office issued the conforming proclamation on Aug. 30, which conformed the January proclamation “to the intent of the law with respect to the offices for which each political party shall nominate candidates …,” referring to the three new judicial seats.

According to a press release on the governor’s website, Reifsteck most recently served as chief administrator and chief counsel for the 13th Judicial District Court, where he worked in various legal capacities since 2012, and was chairman of the judicial district’s Criminal Justice Coordinating Council.

He was one of six people who applied for the new Division 9 seat. The other applicants were Steven Paul Archibeque, Michael Eshleman, Sonya Kay Duke-Noel, Simone M. Seiler and Matthew Wadsworth.

Jan. 31: General Election Proclamation issued (Did not include the Division 9 seat.)

March 1: General Election Proclamation amended (Did not include the Division 9 seat.)

Aug. 15: Democratic Party of New Mexico central committee selected Reifsteck to be the Democratic candidate in the General Election 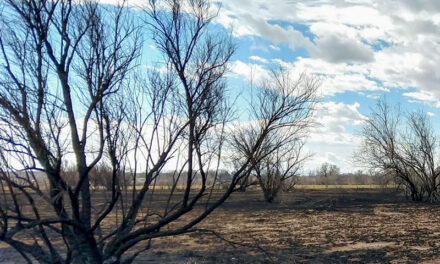 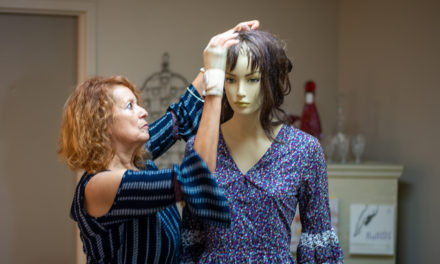