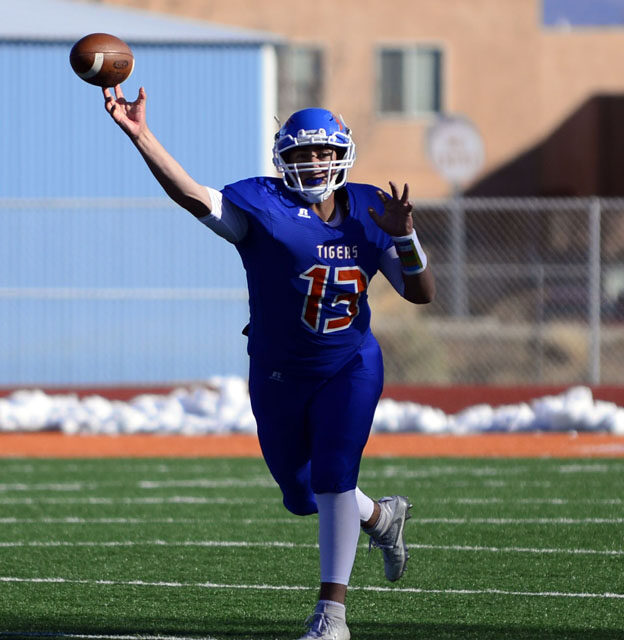 The Los Lunas senior missed his sophomore season after having surgery to repair a fractured scaphoid bone in his hand and then lost his senior season to the COVID-19 pandemic. Despite this, Benavidez, who was also the starting quarterback for the LLHS football team, earned the opportunity to play at the next level at New Mexico Junior College in Hobbs.

Despite his success on the football field, Benavidez never opened his recruiting on the gridiron, choosing instead to focus on baseball.

“So Coach Maupin asked me my junior year if I wanted him to talk to coaches about me, but I told him I wasn’t interested in playing football at the next level because I prefer baseball,” Benavidez said.

The work he put in on the diamond paid off, and his familiarity with one of the members of the NMJC coaching staff helped him to make the decision.

“So I play with Albuquerque Baseball Academy in the summer and my coach for that team, Lauro Felix, is also an assistant coach at NMJC so he has been watching me since my sophomore summer,” Benavidez said.

“Felix was one of the reasons I chose NMJC because he is a great coach and I’m familiar with him. Another factor in me choosing NMJC was their reputation of being one of the top junior colleges and they have lots of players that transfer to Division I schools after their two years there.

“I also liked the facilities that NMJC had. They’re a lot nicer than most junior colleges.”

Benavidez said he will be used as a two way player by the Thunderbirds, pitching as well as playing at one of the corner infield positions. Primarily a pitcher, Benavidez does not yet know whether the coaching staff envisions him pitching as part of the rotation or coming out of the bullpen.

NMJC will have a new head coach in the fall, as Mike Robbins was promoted to the head job on Friday, May 1.

After he completes his two years as a Thunderbird, Benavidez hopes to move on to a Division I program, ideally either New Mexico or New Mexico State, to finish his collegiate eligibility.

“So, we were supposed to leave the following day to Las Cruces for a tournament when they postponed everything,” Benavidez said. “I wasn’t sure how serious the pandemic really was until they canceled school.

“Once they canceled school that was when I knew the entire baseball season was going to be canceled. I was sad that they canceled it because I only got to play two full seasons on varsity from the time I was a freshman up to my senior year due to the pandemic and injury.

“It was just tough because I lost out on the most important season of high school.”

Despite not being able to finish out his final year, Benavidez has plenty of memories from his time playing baseball at LLHS, his favorite being the team’s win over Goddard in the state baseball tournament last year.

In his junior season, the only full year for which stats are available on Max Preps, Benavidez pitched 44 innings for the Tigers, recording a 1.75 earned run average, giving up 30 hits, 11 earned runs and only three walks, compared with 60 strikeouts, good for a strikeout to walk rate of 20. He also hit .386/.464/.529 as a junior in 21 games.

On the football field, he threw for a total of 4,100 yards, 34 touchdowns and only 16 interceptions. As a senior, he averaged 181 yards per game while leading the state runner-up Tigers offensively. 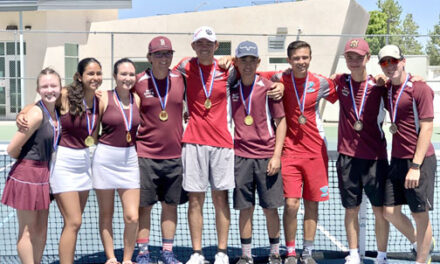 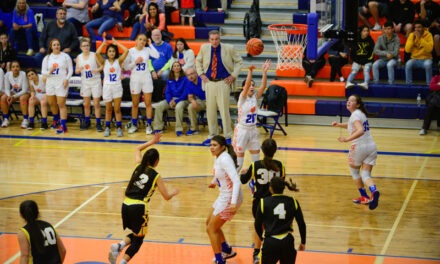