LOS LUNAS — For the grand opening of their building, the staff of La Vida Felicidad decided to eschew the traditional giant ribbon and scissors.

Instead the nonprofit asked community members who came to the open house two weeks ago to write their name and a message on a strip of satin ribbon, then drop it in a glass jar.

“We wanted it to have it mean something,” said LVF executive director Kathey Phoenix-Doyle. “Everyone truly is part of the fabric of La Vida, and it was important to me that everyone feel a part of what we’re doing.”

The jar of ribbons will be buried as part of a time capsule at the nonprofit’s new building in Los Lunas.

The decision to build after renting from the state for more than 30 years ended up being a bit of a no-brainer, Phoenix-Doyle said, after the state increased the rent.

Valencia County Older American Program director Nancy Gonzales adds a length of ribbon to a jar that will be buried by staff at La Vida Felicidad as part of a time capsule.
Julia M. Dendinger | News-Bulletin photo

“We were in an in-kind lease with the state, but then last year, we were told it would be $10 a square foot,” the director said. “Rent was as much as a mortgage.”

The organization contacted Sen. Clemente Sanchez to intervene on its behalf with the state and was able to get one last year of an in-kind lease.

“It was hard to find a place in Los Lunas for what we needed,” Phoenix-Doyle said. “Our board felt the need to invest back into La Vida Felicidad.”

Eventually they found the property on Huning Ranch East Loop, and the owners, Huning Limited Partnership, were willing to sell the four city lots, a little more than three acres, at $1 a square foot.

“We were very fortunate they were willing to sell it at that, otherwise we couldn’t afford it,” she said.

Even with land being offered at a cheap price, LVF ran into a common nonprofit problem — lack of collateral for a loan.

“I mean … nonprofit,” Phoenix-Doyle said with a laugh.

While working with loan agent Carlos Contreras at New Mexico Bank and Trust, he suggested contacting the USDA.

Thanks to the USDA Rural Development’s business and industry program, La Vida Felicidad was able to secure a $1.2 million construction loan, guaranteed by the federal agency.

“Through the B&I program, we work with businesses and nonprofits to guarantee loans by working with local banks,” said USDA state director Arthur Garcia. “We can offer up to an 80 percent guarantee.”

The B&I program is designed for rural areas with populations of 50,000 or less, he said.

For more information about the USDA B&I program, contact Garcia at 761-4973 or by email at [email protected]

“They were so user friendly; just our cheerleaders through the whole process,” Phoenix-Doyle said of the USDA. “I’ve already had another nonprofit in Sandoval County ask about the program.”

After just four months of construction, La Vida Felicidad was able to move into its new, bigger building.

In addition to having more “elbow room,” Phoenix-Doyle said the biggest benefit of the new location is the potential for growth.

“We have enough land to eventually develop a campus, to bring adult services over here, maybe add a second childcare here if it’s needed,” she said. “We want to serve as many people as possible.”

La Vida Felicidad, which has been in operation since 1983, provides services to children and families, adults and seniors in Valencia, Socorro, Bernalillo, Cibola, McKinley and San Juan counties.

For information about La Vida Felicidad, visit lvfnm.org, or call 865-4651. 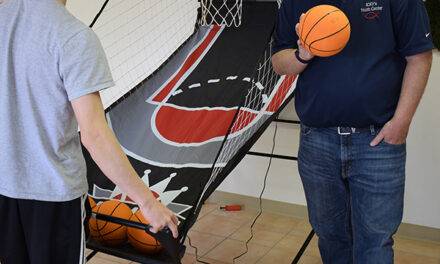 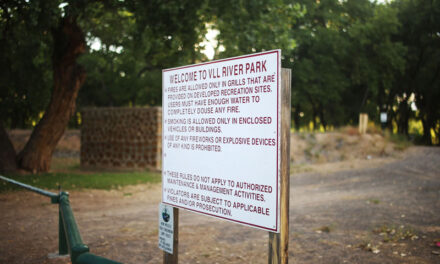