After a third-place finish in district behind Silver and Academy last year, second-year head coach Nettie Salas is looking to improve on last year.

With a pitching staff that maybe lacks a little experience and four returning starters, things could be up and down for the Lady Eagles this year.

Belen started down, having lost its first game of the season to its cross-county rivals the Los Lunas Tigers, 5-1, on Thursday. It was the first time the Eagles have lost to the Tigers in years.

Salas said the main thing the team needs is to gain maturity during the year. The Eagles are a mixed team with some experience and some youth in all three aspects of the game.

Junior gunslinger Darlene Baca brings the experience the Eagles need on the mound.

“Baca is our go-to-pitcher,” Salas said. “She has two years of experience in high school ball.”

The Eagles will also be putting the ball into the capable hands of an up-and-coming star, eighth-grader Martina Chavez.

“Chavez plays a lot of summer ball and has more experience than it would seem. We’ll just have to see how she matures throughout the season,” said Salas.

Also expected to get some get some time on the mound is freshman Casandra Gallegos. Salas said she doesn’t expect Gallegos to see much time, but she may throw in relief to take some pressure off the starters.

Behind the plate, Brandi Dearing and Navora Cordova will share time, though Dearing, a sophomore, started behind the dish against Los Lunas, while Cordova played shortstop.

The infield is peppered with experience and youth. At first base and batting third is senior Miriah Salas, the coach’s daughter, who earned second-team All-District 3-4A honors a year ago.

Another senior, Keisha Jaramillo, plays second base. Eighth-grader Andrea Gomez will get some time at shortstop, spelling Cordova.

Freshman Casandra Gallegos and sophomore Allie Selke will share the duties at third base.

Playing-time in left field will be split between Martina Chavez, an eighth-grader, and Shavon Montoya, a junior.

The Eagles first home game of the 2002 season will be at 4 p.m. on Tuesday, March 5,w against Capital. 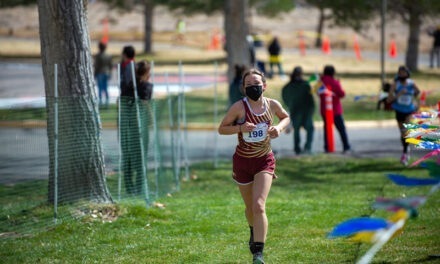 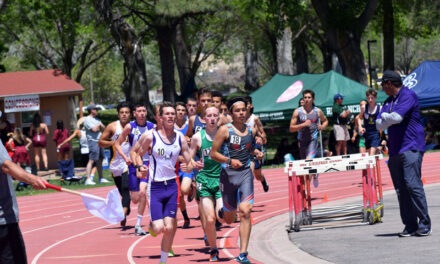 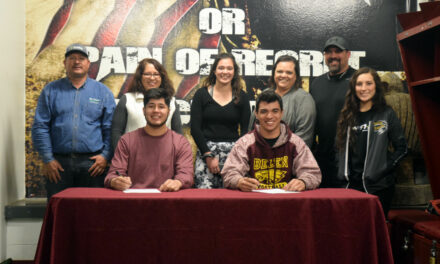