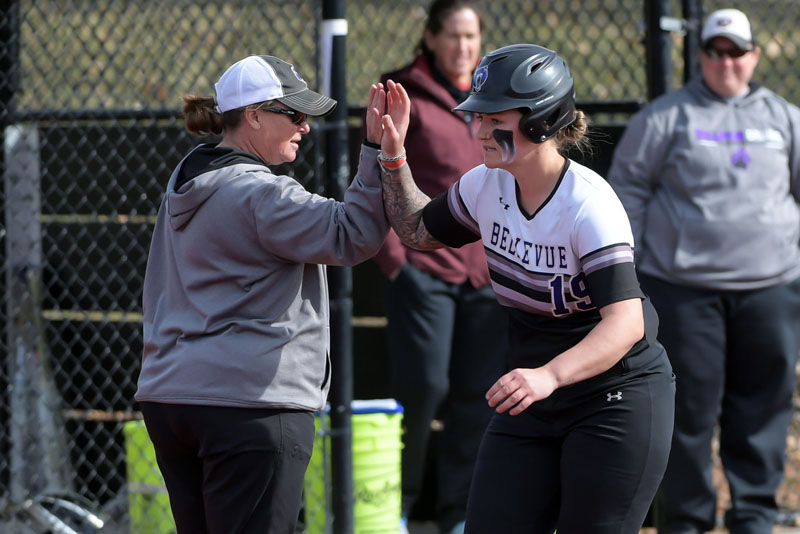 A four-year starter, she was named first team all-district three times and led the squad in home runs multiple seasons.

To top things off, Sharpe helped lead the Lady Jags to their first state title in 2015.

The legacy Sharpe left behind in Valencia County is a rich one — almost as rich as the one she recently left at Bellevue University (Nebraska).

For the third consecutive season, the former Lady Jaguar was named to the NAIA All-American first team.

With a .783 slugging percentage, she tops the list at Bellevue with a school-record 78 career home runs.

“Being named an All-American was kind of like a last-hoorah,” said Sharpe. “Nothing compares to sophomore year, when I first named All-American, but it felt more meaningful this year.”

Immediately, she began making her mark by tying for the most RBIs that season.

Bellevue softball head coach, Michala Cimino, credited Sharpe’s hard work as a source for her success on the diamond.

“Erin is probably one of the most fierce and driven competitors I’ve ever coached at Bellevue,” said Cimino. “She put a ton of extra work into her craft, which was trying to be the best hitter she could be. And boy, did it pay off.”

Sharpe agreed, saying her mental approach made all of the difference as she improved every season.

Much of that mindset was developed at Valencia High School.

It was there, she said, where Sharpe learned the importance of taking responsibility for her own development.

Coach Jeff Young, she added, taught her about preparation and “showed me what a championship mindset is like.”

Young said her potential for greatness was already present while at Valencia.

“I’m very proud of her accomplishments,” said Young. “I believed she had the potential to be a collegiate all-American when she left us, but to do what she did on the field was phenomenal and exciting to watch.”

In fact, Sharpe’s potential and competitive drive was one thing that attracted Cimino in the recruiting process. She caught a few of the Lady Jags’ games in Colorado while recruiting fellow Bellevue softball player, Kayla Young, and soon invited Sharpe for a campus visit.

Sharpe said her decision to play softball at Bellevue proved to be a life-changing one.

I am than any other team I have been on,” said Sharpe. “It made me realize how dependent I was on softball and how it was the backbone of pretty much everything I did.”

That love of softball will continue to play a major part in Sharpe’s life as she continues her education.

Next season, Sharpe will be a graduate assistant while she earns a master’s degree in leadership and coaching at Bellevue.

From there, she says, Sharpe hopes to start her collegiate coaching career.

“I hope the foundation she received here at VHS will help guide her as she begins guiding young women in the sport,” said Young. “She will always be a Jaguar first.” 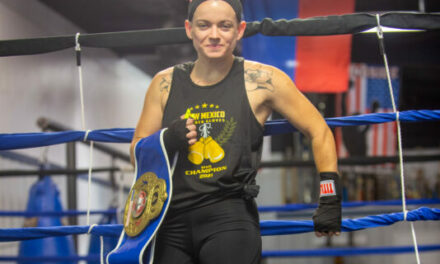 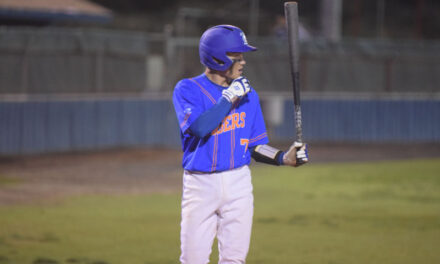 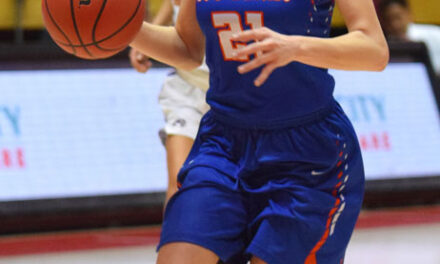