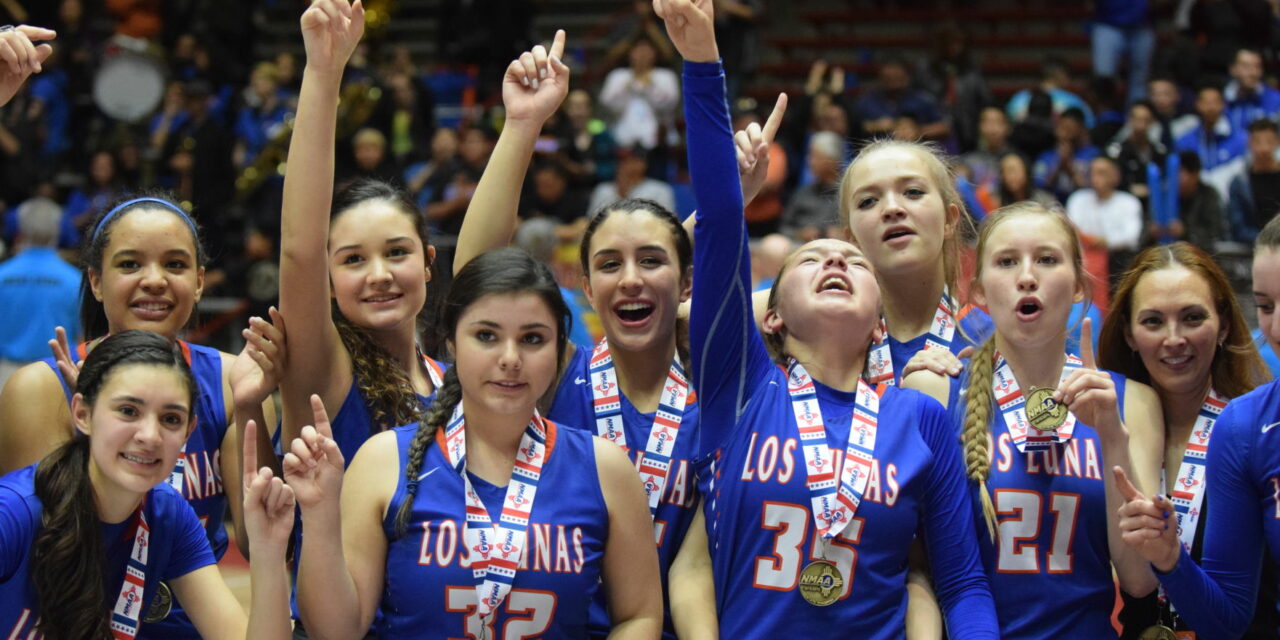 “This team is so different from the last two seasons,” said Los Lunas head coach Marty Zeller. “These girls just get after it. I’m so happy for the seniors and our rebuilding nine players. I’m so, so proud of them.”

The Lady Tigers (28-3, 8-0) played a tight game against the Broncos. Los Lunas and Kirtland Central traded leads throughout the first half. Though the Lady Tigers maintained a lead for much of the second half, they could never shake the Broncos.

The largest lead of the night was a Los Lunas 10-point lead going into the fourth quarter. Kirtland Central would bring the game within five points halfway through the fourth, but could never quite close the gap.

Los Lunas sophomore Mia Guest led all scorers with 15 points, including 6 crucial Lady Tiger points in the final eight minutes. Sophomore Natalie Jojola chipped in with 12 points of her own. 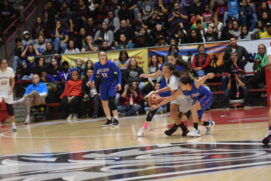 Dustan Copeland | News-Bulletin photo
The largest factor in Los Lunas’ win perhaps came on the defensive side of the ball. Kirtland Central shot only 38 percent from the field and 22 percent from behind the arc.

Zeller said that a primary source of his pride came from the underdog position of this year’s program. At the beginning of the season, the Lady Tigers were ranked ninth on maxpreps.com. When the tournament began, they were a No. 2 seed, eventually beating the top-seeded Kirtland Central squad who beat them in December. With only three seniors, another trip to the state title seemed unlikely. But the Lady Tigers persevered and found a way to prevail.

“It feels so good,” said Los Lunas senior Jaidyn Schollander. “It’s the perfect way to end the senior year. We’ve played basketball since we were little and since we could walk.”

Another key to the Lady Tigers’ success this season, Zeller said, was the athletic training provided by a local Los Lunas gym.

“We have to thank Chris Sais at Main Street Muscle,” said Zeller. “He’s got a lot to do with the Lady Tigers’ success. He allows our girls to go train, and they know how to train at a different level than most.” 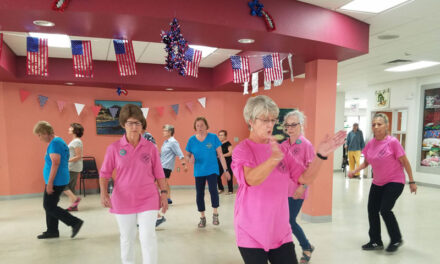