After both games of a scheduled doubleheader with Gallup went into extra-innings, the Los Lunas High School softball team ended up playing 21 innings — the equivalent of three games, instead of their scheduled two.

The Lady Tigers split the softball marathon with the visiting Bengals, winning the first game 3-2 in 11 innings and dropping the second game 9-8 in 10 innings.

“It shows why we work hard every day, why we practice two-and-a-half hours five days a week, or six days a week if we don’t have a game,” Tiger head coach Glenn Trujillo said. “You never know when your going to play 10 and 11 innings, and if your not in mental and physical shape, you’re not going to be able to survive those games.”

On a cold and breezy day, the Tigers and Bengals fought a battle in which neither team gave an inch.

In the first game, the Bengals scratched out a run in the fourth inning to take a brief 1-0 lead.

The Tigers took a 2-1 lead in the bottom of the inning. Michelle Romero and Amanda Sanchez started a rally with singles. Chacara Fleming scored Romero on a fielder’s choice, and Stephanie Perea singled to left to score Sanchez.

Gallup scored again in the sixth to tie the game. The score was still tied at the end of the seventh, and the game continued into extra-innings.

Los Lunas had opportunities to win the game.

“We hit the ball tremendously well,” Trujillo said. “We pounded the ball, but that Gallup team had some athletes out there, and they were tracking down fly balls in the outfield that we were shaking our heads at because we couldn’t believe it,”

Finally, in the 11th inning, the Tigers were able to put the game away. Michelle Romero singled into right field to start things off. Los Lunas loaded the bases with no outs for Stephanie Perea. Perea stroked a 1-0 pitch over the center fielder’s head for the game-winning RBI.

Game 2 of the doubleheader proved to be less defensive than the first. The Bengals took a 2-0 lead, but the Tigers answered back to take a 5-2 lead.

In the top of the third, the Bengals stormed back with three runs to knot the game at 5-5.

The fourth inning saw each team add to their tally by plating a run. In the sixth, the Bengals once again stormed back and regained the lead, 8-6.

It was the Tigers turn to square the game, and in the seventh inning, they did just that.

Los Lunas scored two runs in the seventh to tie the score at 8-8. That rally in the bottom of what would have been the final inning gave the Tigers a breath of life.

In the top of the 10th inning, Gallup’s Natalia Reeder, who scored five of the Bengals’ 11 runs on the day, crossed home plate to give them the 9-8 lead.

Crystal Jiron reached base for Los Lunas in the bottom of the 10th but was unable to score.

“Just playing teams like that — going extra innings on a cold day — showed me a lot of what this team is made of,” Trujillo said “They are determined, and they’re not quitters. It shows that, no matter the circumstances, they’re going to be in every game.”

The Lady Tigers travel to Santa Fe Capital for a single game on Thursday. 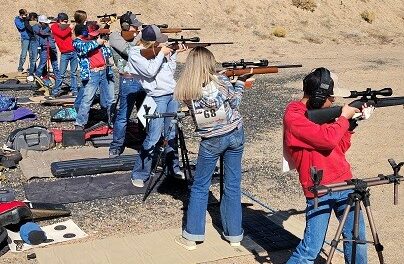 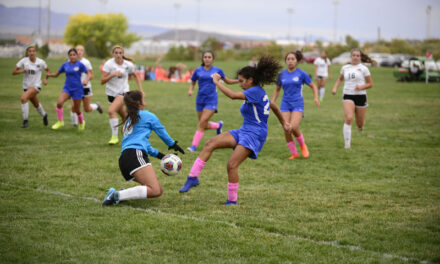