Right now, there are 10.6 acres of alfalfa at the northwest corner of N.M. 47 and Hyde Lane in Tomé, but the property owner would like it zoned commercial in anticipation of a long-planned bypass.

The property, owned by Roy D. Mercer, a company owned by local developer and farmer Mike Mechenbier, is in the path of the proposed Los Lunas Interstate-25 interchange.

If the preliminary right-of-way for the road becomes the final plan, the roadway will take nearly half of the property as it connects to N.M. 47.

At a Nov. 7 county commission meeting, Mechenbier’s request to change the zoning on the property from Rural Residential 2 to Commercial 2 came before the board, labeled as an appeal on the agenda. It is unclear as to what was being appealed.

The zone change request had gone before the county planning zoning commission twice — in August and September — and both times the commission unanimously recommended denying the zone change.

Interim Community Development Director Gabe Luna said the P&Z board recommended denial of the zone change because members felt the request was premature, given the still-unknown construction date for the interchange project.

The P&Z commission only has the authority to make recommendations on zone changes, leaving the final decision of whether or not to grant one in the hands of the county commissioners.

The commission’s decision on a zone change can be appealed, but that is done in district court, not to the county commission.

The commissioners heard from Mechenbier and a few members of the public at the Nov. 7 meeting, but no decision was made.

Mechenbier said if the road comes through the property, he felt the remaining land would be a good location for a small, neighborhood retail development.

“What would be left there is not economical for a farm unit,” Mechenbier said. “There was never access designed into the property (from N.M. 47) because (the department of transportation) wants about $1 million in improvements. If we change the zone now, we can work with the engineers to get the access planned and not have problems in the future.”

He added the acreage would remain in agricultural use until the road comes through.

Dan Williams, who lives about three-quarters of a mile south of the property, said he was concerned about what he called the urgency of getting the zoning changed.

“If the plan is to cut across the property, then they will be negotiating the right-of-way purchase with him, and I understand there is a big difference in the price of commercial and agriculture real estate,” Williams said. “I’m not against the project … if room is left, it would be logical to use for commercial. The problem is the immediate urgency.”

The zone change request will go before the county commissioners for a public hearing at 5 p.m., Wednesday, Dec. 18. The meeting will be at the Los Lunas Transportation Center, 660 Main St. SW, in anticipation of high attendance. 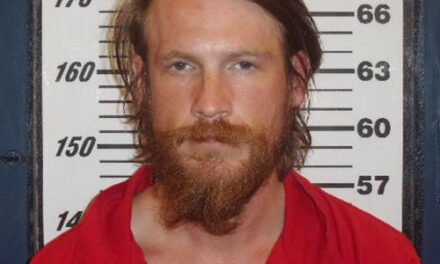