This year, legislators, with approval from Gov. Michelle Lujan Grisham, gave entities in Valencia County a total of $8,237,000 for various projects.

The city of Belen received a total of $3,152,000 from state legislators this year in capital outlay funding for maintenance equipment to design need.

The city will soon receive $177,000 to purchase and equip a maintenance vehicle and equipment. Belen City Manager Andrew Salas says additional equipment, such as a dump truck, brush hogs, mowers and more, will help city crews keep up with beautifying the Hub City.

With $510,000, the city will now be able to update its master plan “… to assist the city in smartly attacking what is arguably the greatest natural disaster threat to Belen — flash flood runoff from the west mesa,” Salas said. “These flooding events appear to be occurring on a more frequent basis, so there is a sense of urgency by the mayor and council in doing everything necessary to defeat the threat.”

Salas added that an updated drainage master plan would provide the data and justification for engineering and funding targeted flood control projects.

“The city is not waiting for this master plan revision, however.  Significant effort and expense is being  invested in repairing and rehabilitating our west side and internal ponds, clearing culverts and storm drains, and engineering other ponds and drainage paths to blunt and control these west mesa arroyo flows,” the city manager said.

The Belen City Council is currently looking at the creation of a flood control authority, which would serve as the fiscal and operational agent of the extensive and expensive public works required for long-term flooding solutions. Salas said Valencia County and Belen officials are in the initial stages of looking into establishing such an entity.

The state Legislature also allocated $1.9 million to Belen to plan, design and construct Aragon pond and minor drainage appurtenances southwest of the intersection of West Aragon Road and the west frontage road west of Belen

“A detention pond with controlled outflows west of I-25 and the frontage road on Aragon Road is one of the key defensive elements of Belen’s work to control west mesa flooding,” Salas said. “In the near future, extensive work is planned along the length of west Aragon Road, including rehabilitated underlying utilities and new roadway. Along with those improvements this pond and drainage system will help prevent the road from becoming an unconstrained channel for flood waters coming off the mesa.”

The city was also given $565,000 to plan, design and construct a westward connector at the north interchange at Interstate 25 Exit 195. Salas said access to the 6,000-acre Rancho Cielo master-planned area, west of Interstate 25 starting front the north interchanges to just south of El Cerro de Los Lunas, will make this project eligible for the level of state and federal funding necessary for actual construction.

Two projects for the village of Bosque Farms were funded by capital outlay in this years session — $90,000 for in-car computers, docking stations and radios for the police department and $380,000 to purchase and equip five police vehicles.

Village Clerk/Administrator Gayle Jones said the village was happy to get the vehicle funding, saying it would help keep the departments fleet up to date.

“We were counting on money for a new (wastewater) treatment plant,” she said. “It has traditionally gotten funding, but this year we didn’t get anything. We were told to shoot for the moon this year, that there was money and we would get big projects funded. I don’t know what happened. We didn’t get it.”

At the March 17 village council meeting, Mayor Russ Walkup said he was disappointed the state couldn’t see what the village was trying to do.

“It’s incredibly disappointing to continue to have wastewater dumped into our ground to possibly poison our drinking water,” Walkup said. “(The town of) Peralta cannot go forward with it’s wastewater project without this in place.”

In 2012, the two municipalities signed a memorandum of understanding that would allow Peralta to pump its sewage to the village’s treatment plant as it brought its wastewater system online. Now that the village is processing sewage from Peralta, a second treatment plant is increasingly necessary.

The cost of a second plant has continuously crept up over the years, keeping the project just out of reach for Bosque Farms. The latest estimate for the new plant is $9 million.

“It seems like the state is in a very old mind-set that one municipality cannot help out another. Peralta can’t help out with the capital expenditure of another city,” Walkup said. “The state has made a lot of noise about the environment and they are dropping the ball.”

The Village of Los Lunas only received funding for a single project, $320,000 for improvements to River Park. During last year’s round of funding, the village also received capital outlay for the same area.

The funding contributes to the overall project, which includes an expanded trail system and park expansion south to the new river bridge. An overlook deck onto the river will also be added within the current river park.

The village is preparing a master plan for the park with hopes to get it approves by the Middle Rio Grande Conservancy District in the near future. Duran said construction on the park is on track to begin in August of 2022.

Three different projects in the town of Peralta received capital outlay dollars through this funding cycle — $250,000 for upgrades to the administrative facilities, $350,000 to continue work on the community park and $515,000 for improvements to Amor Court and various other roads.

Town Clerk Kori Taylor said the improvements to the town hall were long overdue with upgrades for lighting, windows, plumping, and technology and software. She added the facilities also need a better area for parking.

The more than $300,000 the town received for the recreational park will round out the rest of the funding needed to complete the Peralta community center and park, funding playground equipment and landscaping. Construction will begin on the park within the next month or two, with it being finished just under four months after the start of construction.

The largest chunk of funding the town received will go towards the paving and other infrastructure upgrades on Amor Court, as well as other roads within the township. Taylor said there is a grading system the town uses to prioritize the roads in the most need of improvements.

The city of Rio Communities was allocated $200,000 by the state Legislature to plan, design, demolish, construct, improve, replace and equip Goodman Avenue, including adjacent paths, sidewalks, trails and infrastructure.

“That project is for a stretch of Goodman between Damon and Horner streets,” said Rio Communities City Manager Martin Moore. “That is a straight stretch that needs a lot of work. We’re going to be approaching that for design work, and any funds left over we’re going to work on a walking path.”

The city will also receive $300,000 to purchase and equip vehicles and equipment, including a backhoe and a dump truck, for the public works department.

A total of $390,000 was allocated to the city to acquire land and to plan, design and construct projects identified in the Rio Communities parks and open spaces assessment plan.

Moore said acquiring land and possibly buying the land where Timan and Del Fuego parks used to be is on the city’s priority list.

“People need places to go and unwind a little bit, and now they have to go somewhere outside Rio Communities,” Moore said.

Capital outlay funds for Valencia County reached nearly $3 million, cumulatively the second largest allocation of funds in the county. Legislators awarded $1.250 million for road work throughout the unincorporated parts of the county, dividing the funds equally among the five commission districts.

An additional $400,000 will go to purchase and install interoperable communications equipment for all public safety departments, and $640,000 was allocated for a security and camera system for the county administration building, district court judicial complex, community centers and safety sensitive buildings.

“We have to do that during the legislative session because we can’t do that without legislators allowing the governor to sell property,” Monette said. “We went back to a previous appropriation of $500,000 and asked to use that for the renovation of the upstairs of our current facility, until we could either purchase the land or have it donated.”

The land transfer wasn’t completed during the most recent 30 day session, the manager said, so the second $500,000 will be used to continue renovations and ready the second floor of the building for housing the staff for the 13th Judicial District Attorney’s office.

“To complete the renovation of upstairs, we need an elevator and it will be more than $300,000 to do that,” Monette said. “We’d like to get the elevator installed, renovate upstairs and move the DA in there. That will save us $187,000-plus a year to have it here.”

Currently the DA is housed in leased space paid for by the county at the Wells Fargo Bank building in Belen.

“The building isn’t bad but we are definitely outgrowing it,” he said. “Hopefully, we will find out if there is land to be given or sold to us. Initially it was thought the state would donate the land next to the judicial complex. Now they might be willing to sell it.”

Gov. Michelle Lujan Grisham vetoed a $50 million spending bill — Senate Bill 48 — saying it only partially funded many of the 500 or so projects it contained and did not represent sound fiscal policy.

In terms of the $110,000 that was nixed in the junior bill for public safety radio upgrades and law enforcement equipment and supplies for Bosque Farms, Jones said the village wasn’t really counting on that funding.

Village of Los Lunas: $60,000 to purchase law enforcement equipment and supplies for the police department

In the bill, $60,000 was also put aside for the Los Lunas Police Department which Chief Frank Lucero said would have gone towards various supplies within the department, such as body armor, ammunition, or vehicle upgrades. He said he has hopes the village will still fund these within the police department if the bill doesn’t get pushed through during the special session.

Not getting the expected $425,000 for law enforcement and public safety equipment and training from the junior spending bill is going to set the county back quite a bit, said Monette.

“Our financial planning didn’t include those funds,” he said. “We’re confident we’ll get them in the special session.”

Statewide Hunger Initiative: $50,000 for the New Mexico Department of Agriculture to administer the Double Up Food Bucks program in Santa Fe, Torrance and Valencia counties 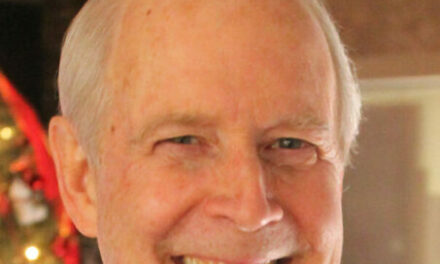 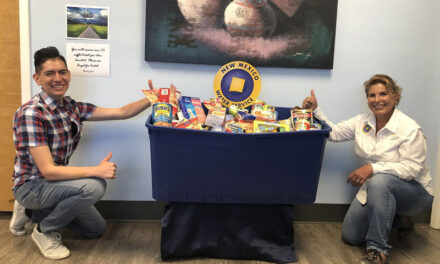