On Aug. 5, 2021, a letter to the editor from Victoria Gantzer advocated for making Washington, D.C., the 51st state. It was titled, “It’s time for representation.”

Ignoring for the moment why a certain political party is pushing this agenda, Ms. Gantzer advanced several erroneous assertions, grossly misleading the portion of your readership that does not check the veracity of statements.

Let’s debunk them with a simple examination of the Constitution, a document ratified June 21, 1788, and, regarding the District of Columbia, has not been amended.

D.C. residents are not at all being denied Congressional representation; they are not entitled to it. Article I, Section 8 makes this very clear: “To exercise exclusive legislation, in all cases whatsoever, over such district … as may … become the seat of the government of the United States …”

Article I, Section 8 made the district the seat of national government (very clearly stated), not a residential city nor a state. The Constitution gave Congress exclusive control of the district. There was no mention of citizens’ rights because the district never was intended to be a residential entity. Representational rights exist within states, not within the district.

There are two places within the Constitution where racism was encoded (artfully, without expressly mentioning such). But, this sort of bias cannot be read into the section which created the district, no matter how hard Ms. Gantzer wishes it to exist.

The offensive sections are Article I, Section 9 and Article IV, Section 2. While the Constitution was and is a unique and progressive ideal, the reality of the world in the 1700s resulted in an imperfect document. Subsequent Constitutional Amendments corrected these egregious flaws. Nothing in the Constitution can now be called “racist.”

No, Congress did not. The district never has had an ability, much less right, to self-govern. The status of the district remains exactly what the founders intended … a seat of government under the control of Congress. There was nothing for Congress to take away from the district, and thus no change in district status after the Civil War. Notably, there is no Constitutional authority to create a “state” from the district, an inconvenient fact dismissed by the advocates.

There are alternatives to provide the residents of the district the representation they deserve — just not by becoming a state. The alternatives are rejected as they do not achieve a political agenda, which is to change the political structure of Congress by adding two more senators (who would represent only a city). Without doubt, these senators would be aligned with the party desiring such a change.

This is naked politics and demonstrably not in the best interests of the nation. The proposal to make the district a state has absolutely nothing to do with “unraveling the harmful, racist laws” Ms. Gantzer asserts.

If the District of Columbia could be made into a state, consider a future where any other large city would want the same status, power and influence by becoming their own state. Anyone wishing such an outcome does not understand the political threat such a change would represent, nor how it would fundamentally and irrevocably damage our Constitutional Republic.

•Email your views to us at:

•Use our online form:

Thinking ‘out of box’ works

Letters to the Editor (Dec. 3) 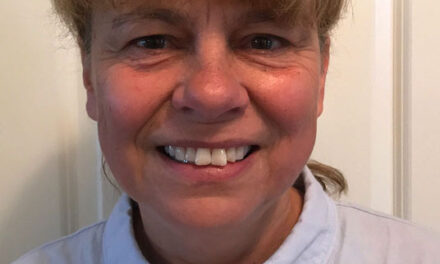