This letter is in response to Valencia Soil and Water Conservation District Supervisor Gail Goodman, who, on June 24, submitted concerns regarding how the district is conducting business. 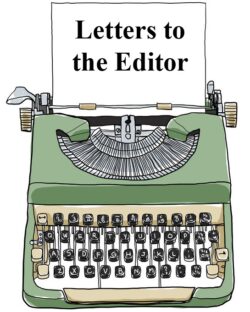 In a display of unethical conduct, Goodman doffs her “hat” as an elected official to rehash opinions as “an individual and not for the VSWCD board of supervisors.” The truth is that she has not missed an opportunity to express all her concerns and vote her conscience on all business matters, such as use of mill levy funds and review of district reports, at monthly meetings as a member of the VSWCD Board of Supervisors since January 2020.

Sadly, Supervisor Goodman continues to publicly malign the district’s use of mill levy funds unsubstantiated by evidence of wrongdoing, continuing to display a lack of understanding of the District’s detailed annual budget, which is developed with the assistance of a certified public accountant approved for public body audits by the state of New Mexico.

The district’s annual budget must be reviewed and approved by both the N.M. Department of Finance and Accounting and by the governor-appointed Soil and Water Conservation Commission. She knows this and also knows that the district’s budget is based on funding from only two recurring revenue sources: up to $15,000 provided by the New Mexico Department of Agriculture and about $350,000 from the 1/4 mill levy, which happens to be the lowest mill levy out of the 24 other New Mexico soil and water conservation districts who have mill levies.

On behalf of the VSWCD Board of Supervisors as chairman, I express disapproval of Supervisor Goodman’s casting doubt on District Director Andrew Hautzinger’s ability to professionally develop a report on the East Valencia Urban Gardens Program. She has been censured by a board resolution for unacceptable conduct and behavior in publicly discussing district employee performance of duties and other protected personnel matters.

In a recent training for board supervisors by the New Mexico Association of Conservation Districts, Goodman was admonished for her gross misunderstanding and misrepresentation of the roles and responsibilities of district supervisors.

Supervisor Goodman’s statements about the working relationship between the Valencia County commissioners and board supervisors shows a lack of respect for the separation of powers between respective jurisdictions. The commissioners were advised by their own legal counsel that their resolution regarding the district’s decision to pursue a building loan is only a formal opinion with no actionable oversight responsibility.

Goodman also neglects to mention that the cost of the building is reduced by $175,000 of approved state capital outlay funds. Nonetheless, the district will continue to work cooperatively with all local, state and federal government organizations.

In closing, Supervisor Goodman misrepresents district decisions, which she has participated in deliberating and voting on as a VSWCD board supervisor. In a display of misfeasance of her oath of office, she denigrates the other district supervisors and staff when in reality she is obligated to act as a trustworthy public official elected to serve on the board.

I can only conclude that she takes satisfaction in living up to her self-proclaimed personality as a “pitchfork and torches kind of gal, an anarchist” to foment public distrust of the district’s budgeting, accounting and reporting processes and procedures.

I invite you to access district documents regarding budgets, grants, plans, programs, projects, policies, procedures, resolutions, reports, job descriptions, meetings, minutes, etc., and draw your own conclusions as to whether on not she can be trusted to tell the truth. These documents are available on the district’s website, valenciaswcd.org.