A cloud of bittersweet smoke still hangs above my street. The smell of fireworks. Flashes of red, white and blue have left afterimages in my eyes.

There is a twofold purpose for writing this on July 5, as opposed to (the day before). The first is that I preferred not to add a reason for distraction from celebration for those reading. And the second reason is that all readers likely did remember to be grateful for the independence our founders declared 243 years ago.

But as the flashes and crashes lessened, one thought remained clear: perhaps we should remember July 5 in high esteem as well. Why?

Historically, this nation declared itself sovereign on the fourth, with some disagreement as to when all of those signatures were added (to please the history majors).

On the night of the fourth, I imagine the novelty and excitement of those involved carried them through the night. Drinks likely flowed, backs were likely patted and celebratory musket shots likely rang out. After all, these people just declared themselves sovereign and separate from the world’s largest power. They asserted a revolution would arise for the sake of liberty alone. They declared themselves David, and dared Goliath to come. A night worthy of fireworks if ever there was one.

But then came the morning. July 5 likely was much different. Perhaps that same smoke I smell now did stick in their noses. And in the place of sweet-smelling bravado was acrid anxiety.

“And for the support of this Declaration, with a firm reliance on the protection of Divine Providence, we mutually pledge to each other our Lives, our Fortunes, and our sacred Honor.”

I wonder how many questioned their resolve to that pledge, on that anticlimactic dawn. After all, the crown hadn’t read it yet. It could all be a drink fueled rant, a mistake. We could try to negotiate, we could grovel. And what if the people turn against us when the war rages fully within our borders? Or the most terrible thought. What happens if every bit we could muster does not win our freedom, and we are remembered in history as a brave but foolish people, that died in a pointless and short fight?

They pledged their lives, their fortunes, and their sacred honor. And some gave two of the three, and their honor lives only in the legacy of history.

On July 5, and every day forward they resolved to fight, to live for and to die for liberty.

They stood on the shoulders of natural rights and plucked a republic from a monarchy. And they installed mechanisms by which those of us that follow might maintain that republic.

This July 5, 2019, and hopefully every day after, I will remember the resolve required to achieve that which those steadfast founders demanded on July 4, 1776. I am humbled and fortunate to be a beneficiary and steward of such liberty. Join me in the resolve to maintain what we were given at such a high cost. Support your Bill of Rights and your Constitution; and not just your political party.

I doubt many of those founders would believe how much we have achieved; and I know they would be saddened by how much liberty we have surrendered. We can remove the bonds that have crept their way in over these quick years. We can abandon ad hominem attacks. We can embrace debate. We can avoid the use of force unless in self defense. We can learn that words do not qualify as violence, and speech is free. Inform yourselves. Inform others.

The flashes you saw … should remind you of the cost. Liberty is worth maintaining. It is worth reviving, and it is worth protecting. We may only hope to tend the tree of liberty, even through struggle. Perhaps our progeny will only need to tend it through discussion and vigilance. What a sunrise that will be, what a dawn. Welcome again to the dawn of liberty. 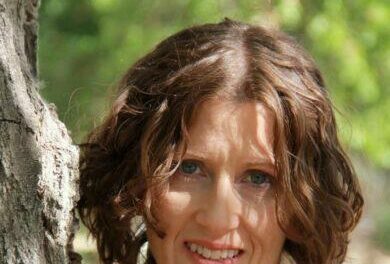 Our legacies built on traditions