A recent letter in the VCNB regarding the overlay plan of the Historic Tomé Overlay District Committee exhibits several misconceptions.

Valencia County has no deadline to appeal a commission decision, but I learned long after the window closed that apparently the state does have a 30-day deadline, although no one I’ve asked has been able to provide the citation.

The committee’s proposal for a historic zoning district is not an attempt to “interfere” with landowners’ property rights but to protect them; and to say that we tried to push forward proposals “without landowner consultation or approval” is belied by the letter-writer who mentions our survey to more than 600 landowners and our five-year effort to create a plan landowners would support.

Furthermore, former P&Z director Jacobo Martinez, who met publicly with interested residents of Tomé-Adelino once a week for more than a year to develop the overlay plan, did not recommend the 100 percent requirement. The 75 percent requirement may have been instituted as a result of commissioners compromising, but it is still “unprecedented.” I have been able to find no such requirement in New Mexico, and I gather the letter writer hasn’t either.

Commissioner Carlberg did attend a couple fairly recent meetings at the Tomé Community Center after he was appointed to the commission, but he was not a commissioner at the time that the overlay committee was meeting regularly.

That the plan is still labeled a “draft” on the county website, and can better be explained by the fact that Jacobo Martinez left the county after the 75 percent requirement was passed into law and so didn’t complete his paperwork.

The plan being a “draft” did not prevent the commission from amending and voting on it, but it has given the committee an opportunity to revise the plan by taking into consideration concerns of landowners who went to the trouble to express them on the survey and in meetings and letters.

To say that Historic Tomé Overlay District Committee is “self-serving” is unfair and inaccurate. The committee’s motive has been to offer guidelines for commercial development in keeping with the historic character of Tomé and to protect property values of those who live here because Tomé is a rural, agricultural community.

Finally, the overlay plan is not the work of the Historic Tomé-Adelino Neighborhood Association, which is no longer collecting dues because it disbanded many years ago when the Town of Tomé Land Grant gained its own property rights and established the Thome-Dominguez Community Center and Museum.

Perhaps the letter writer will establish her own neighborhood association and invite us to attend and perhaps join.

Committee should work with the residents

I recently read the letter to the editor written by Evelyn Braman and I wish to show my support for her comments.

As a lifelong resident of Valencia County, I agree with Mrs. Braman’s comments in the last paragraph when she states there are enough ordinances in place and the residents of Valencia County do not need any more restrictions such as the Historic District Overlay Plan.

I would also like to express my gratitude to Commissioner Carlberg for supporting his constituents. Doing the right thing isn’t always the easiest thing, especially when a person is being personally attacked.

Comments were made that Commissioner Carlberg was appointed — he was. My thoughts are he must have been a respected member of the community to receive this appointment, and, I wish to add, elected to the same position by the people.

To me, this indicates that he is doing his job. Because Mr. Carlberg did not cast his vote to please the Historic District Overlay Committee but listened to the majority of his district, this is telling me he is listening and working for constituents.

I want also to express my appreciation to Commissioner Saiz. He is a commissioner who listens and looks at the facts and refuses to be intimidated.

Maybe the Historic District Overlay Committee should consider working with the residents of the Tomé area. Maybe this committee should find a way to breech the divide. This may take time and patience, but negotiation is preferable to intimidation.

How does one become a member of the Historic District Overlay Committee? Were they elected? Appointed? When and where are the meetings held? Are these meeting advertised in the News-Bulletin? How does one get an invitation to attend?

Your support is helping them pursue higher education and creating the opportunity for these students to fulfill their dreams. 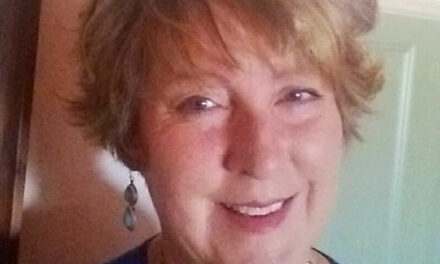 Just what are the chances?