Debates should be meaningful

Most institutions at this time have adopted the norm of setting rigid minimum qualifications pertinent to the position available and resort to the interview process to secure the most qualified candidate. The present process of hosting debates on television gives us little information about the candidate’s capabilities, beliefs and proposed plans of action.

It allows a person who is skilled in debate, deception and the ability to skirt the questions an advantage over those who may have better qualifications. An interview of each candidate with an interview committee is a more accurate portrayal of the qualifications of applicants.

These interviews should be recorded and presented to the public in visual and written format. This eliminates the possibility of a person dominating a debate by being pugnacious or condescending to opponents in a debate setting.

I would like to advocate for more stringent requirements for presidential candidates in addition to the three set forth in the constitution. These prerequisites include, but are not limited to:

1. Have 10 years of productive experience in government leadership.

2. Possess a minimum of a master’s degree in some relevant field relevant to the position of governing a country.

3. Demonstrate the ability to listen to a variety of viewpoints, to work in concert with various stakeholders to develop productive solutions, and have a past history of successfully having accomplished this.

4. Have a history of respect for other cultures and for different religious beliefs and rights of all people.

6. Have a history that demonstrates the ability to process vast amounts of information through reading and listening and to articulate the content in an accurate manner.

7. Possess a keen and up-to-date understanding of world geography and history and recognize its impact on past and current political issues.

8. Demonstrate deep understanding of the Constitution of the United States and high-profile court cases.

9. Recognize how trade agreements impact economy and our country’s role in the world market.

10. Articulate specific, achievable plans of action to resolve at least six of the most important issues (as identified by the candidate) facing Americans and the United States.

11. Reveal personal income tax returns for the past three years.

Interview questions should be developed, based on these or similar criteria, by a non-partisan committee. All candidates would be subject to the same questions and the interviews should be televised after they are all complete, without redaction.

Given the reality that there have been and likely will continue to be numerous candidates, this should provide us with better understanding of candidates’ capabilities and give the public adequate time to process the information rather than a debate after which a certain candidate is declared a “winner” within a brief time of the debate’s termination.

The office of president of the United States is too important for the future of our country for us to be ill-informed based simply on the outcome of a debate. 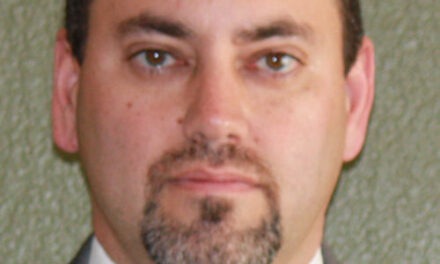