The March 6, 2019, Valencia County Board of Commissioners again proved to be a serious breach of understanding on the part of at least two commissioners.

Let me first thank commissioners Eaton and Hyder who exemplified a position that allowed for keeping an open mind and displaying a sense of community and constituent responsibility.

Mr. Carlberg on the other hand, voted against his constituents which was unbelievable on its face.

A part of the Historic Tomé Overlay Plan was presented and after having been informed of its details and importance prior to the hearing, Mr. Carlberg still voted against the wishes of his constituents.

As I understand it, he and Mr. Sais [sic] communicated with Commissioner Aragon, who was out of town on the merits of the case.

Mr. Aragon has never really been supportive of residents of Tomé and their efforts to preserve its history so it makes sense that the vote may have already been sealed.

Additionally, the influence of two very big millionaire farmers maybe had something to do with the decision. It’s happened before.

Be mindful that the plan had previously been unanimously approved by the planning and zoning board of directors. A survey was sent out to about 650 landowners affected by the overlay plan proposal. The list was developed in collaboration with the county.

A 75 percent rule to seek approval of homeowners was imposed. This was unprecedented and arbitrary. I guess this means that if any landowner is contemplating a zone change or variance change, you’d better be prepared to get 75 percent of your neighbors to agree.

And politicians, could you meet the 75 percent litmus test?

This rule really affects the efforts of historic communities to apply to be protected as described in the Valencia County Comprehensive Plan.

To date, 222 respondents approve of the plan and 33 are opposed. Amidst the discussion and the numbers previously provided, Mr. Carlberg did not take the time to consult with the majority and voted against the amendment.

When serving as a commissioner even though at times we disagreed, she had the grace and understanding about the facts and nuances and potential affects her decisions may have on her constituency.

There are so many questions surrounding Mr. Carlberg’s ability to serve as a commissioner. He may need to address the question of whether he actually lives in the district in which he represents. Also it has become widely understood that you find the Tomé Overlay Plan “amusing,” whatever that means.

Additionally, your statements about cultural issues are really troublesome. If you don’t think our history is important, why did you move here?

You really need to take time to enlighten yourself about our long history and the families that make up Valencia County. There is a proud and century long history that exists here.

As a newcomer, you may still be struggling with the importance of our existence. I welcome a meeting with you to clarify many outstanding concerns. 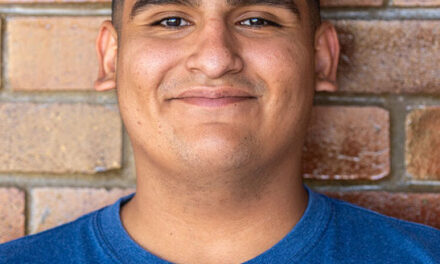 OUR VIEW: Celebrating our independence safely

Working hard to get you the news