In 2017 the Community Wellness Council (CWC) took on the task of bringing a new level of hope to Valencia County.

The cultural framework, Kids at Hope, was developed by Rick Miller in 1993 with the idea of changing the community and institutional perspective of youth at-risk to one of youth at-hope. To create an opportunity for a cultural paradigm shift versus another school program, he presents Kids at Hope to the whole community.

Its implementation is easy; an unbreakable belief that all children can experience success, no exception! The results are undeniable. Arizona State University, through Frances Bernat, JD, PhD, conducted research on Kids at Hope and found that when adults learn how to see potential in every youth, how to instill hope, and how to create meaningful relationships, youth are more optimistic, learn positive self-talk, and exhibit resiliency (Bernat, Science Behind Kids at Hope).

The CWC hosted its first ever Kids at Hope Module I and II training in Peralta in September 2017, followed by three more trainings in 2018. In May 2018, the CWC sent Isela Jacquez, attendance success coach at Belen High School, to the Kids at Hope Master’s Institute for a week-long training in Arizona. She came back fully inspired and invested in her role as Treasure Hunter, someone who sees skills and talents in all children.

Since that time, we partnered with Belen schools to provide a space so she could facilitate one Module I training, and the first ever Kids at Hope parent training in Valencia County. Between 2017 and 2018, the CWC trained 80 people in Kids at Hope. Those in attendance came from the schools, business community, law enforcement, juvenile probation office, health clinics, and more. Many of those in attendance have adopted the cultural framework in their home and office.

With the building momentum, the CWC partnered with Bernalillo County Department of Behavioral Health Services DWI Program to bring the first Kids at Hope Symposium to New Mexico.

The symposium features Antwone Fisher and Rick Miller and is scheduled from 2-5:30 p.m., Feb. 13, at the South Valley Multipurpose Senior Center in Albuquerque. The event is free, but registration is required at bernco.gov/Department-Behavioral-Health-Services/hope-registration.aspx#/CalendarContent

In 2012, the Supreme Court declared the individual health insurance mandate constitutional. So why has a federal judge found Obamacare unconstitutional?

The first Obamacare lawsuit in 2012 claimed Congress could not make us buy health insurance. In that case, the Supreme Court decided Congress’ power to regulate commerce did not give it the power to make us have insurance, but the power to tax did.

The Supreme Court could rule again. Congress could change the law again. But we may be better off taking care of our health ourselves instead of waiting for Washington to fix health care. 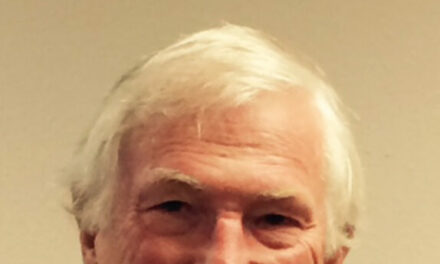