being attacked by dog pack

I was rudely awakened in the wee hours of the morning by a terrible ruckus. I leaped out of bed and ran to my front door, grabbing slippers along the way. Made it to and through the front door, down the driveway, to the fence at the sidewalk. Once there, I could see a pack of dogs in a mad frenzy, growling and snapping at something. I clapped my hands and yelled, and the pack swarmed from the sidewalk to the middle of the road. I continued my barrage until the angry pack scattered.

And then, I saw it: the broken, beaten body of a cat lying in the middle of the road. I was completely devastated. All I could think to do was to get the poor little body out of the road, to avoid further decimation from oncoming traffic.

I ran back into the house to grab a towel from our rag bag. My sister also awoke from all the commotion. I explained to her what had happened. We went outside and she waited for me on the sidewalk while I ran to the cat. As I approached, I could see the vicious bite marks all over the little body, could clearly see that with its two back legs splayed out, flat against the pavement, its pelvic bone was shattered. There was no consolation in the fact that it was a cat I did not recognize; vicious and cruel is vicious and cruel, period. As I reached this broken little body and began to wrap the towel around it, to my horror, it looked up at me; the dear little cat was still alive! Tears came fast and furious and ran hot down my cheeks.

My own momentum took both the cat and me across the street, where I laid the poor little thing down in a patch of soft grass. For as long as I live, I shall never forget the look in the beautiful eyes of that agonized, tortured, dying little cat. I have never in my life felt as hopeless and helpless as I did at that moment.

I did not know what to do. I crossed the street and stood with my crying sister on the sidewalk. We stood, watching in agony, as the poor little cat struggled to stand on useless back legs. Our crying sounded so loud out there in the dark, three o’clock hour. We stood, mournful witnesses, to the terrible end of a beautiful creature of God. We prayed for death to come, and, mercifully, it eventually did so, but only after what seemed like an eternity.

As we walked back into the house, I knew in my heart of hearts, that we had been changed for all time. Knew that the world would forever be a little colder and sadder from that day forward. Something wonderful was terribly and horribly torn from us that morning, leaving a gaping hole, dark and sad. That day, that fateful day — it was Sept. 11, 2001.

Please, please, please, dog owners of Valencia County, do not set your dogs loose at night to run the streets (I counted approximately eight dogs in that pack, and most had collars on), as they can pack together and become quite vicious, and this can have devastating results. What occurred that fateful morning was bad enough, but I often shudder to think that it could just as easily have been an early morning jogger or a child walking to school. If you care for your dogs at all, and I know that you do, please do not place them in danger, as any number of terrible things can happen to a loose dog on the night streets.

Thanks for new Reinken!

I wanted to write and say thank you to everyone who worked on widening Reinken Avenue. I remember when, some days, the traffic was backed up from the Diamond Shamrock to the river.

I’m sure it took lots of time to get wherever people were going. I think widening it helped the businesses, too.

I want to say “good job” to all the men and women who worked on this special project.

I like the fact that it is all lit up with lights. I can walk to the barber shop on the nice sidewalks as well. It makes the empty lots look good and, overall, a job well done.

Thanks for travel help

I would like to take this opportunity to thank everyone who helped me on my way to Australia and New Zealand with the People to People Student Ambassador Program, which helps spread goodwill throughout countries and cultures. The People to People Student Ambassador Program has given me a once-in-a-lifetime experience, which I’m greatly thankful for. This trip was very costly, and I would not have been able to go without the support from family, friends and the community.

On the trip, I had various extraordinary experiences. For example, I snorkeled in the Great Barrier Reef, which was an exquisite adventure. I stayed on an island called Tangalooma, which is also the island that “Scooby Doo: The Movie” was filmed on. I also had a magnificent experience going to school with children my age in New Zealand, which was an awesome experience seeing how they learn, dress and act during school. My favorite activity I did was when I got to swim in the Olympic pool in Syndey, Australia.

Going to Australia and New Zealand was a superb experience and I would do it again if I had the chance. Again, I would like to thank everyone who supported me and so kindly made donations in helping me tremendously on my way to Australia and New Zealand: Belen Goju Ryu Karate, Buckland’s Pharmacy, Dr. Sanchez’s office, Sierra Cleaners, Craig Tire, Dr. Sandoval, Our Lady of Belen Church, Allen Douglas Con-struction State Employees Credit Union and Adam’s Market for supporting our hot dog and bake sale. Also, I would like to thank my family and friends in donating their time, money and effort in helping me with my fund-raising.

I am proud of the spiritual heritage of America and will always recite the pledge of allegiance with “under God.” No, God cannot always be on America’s side regarding everything she does simply because she allows and does a lot of things in the name of civil liberties and individual rights that are contrary to His teachings.

Thanks for Hot Dog help

The Homeless Animal Rescue Team of Valencia County recently held our first Hot Dog Day at Cross Country Feed and Propane in Bosque Farms last month. It was a chance for the community to see some of our animals that we have up for adoption and get to know us a little better — what we do and who we are. All those who came had a great time and we even adopted out some of our “hot dogs.”

We encourage those of you who missed us on Hot Dog Day to come and visit us. We are at Cross Country every third Saturday of the month and always have some great dogs and cats up for adoption.

HART would like to thank the following people and businesses for their generous donations and support of Hot Dog Day:

First and foremost, Cross Country Propane and Feed Store for their generosity in allowing us to hold an adopt-athon there each month.

And, last but certainly not least, a huge thank you to all of our volunteers who work so hard to see that at least some of the homeless animals in our county find good homes.

It is almost apple-picking season in Valencia County.

First, there was my dear uncle’s big apple orchard. He said, when picking, to leave the stems in the apples so that they would not dry out through the hole. He said not to pick any leaves or small branches with the apples because that was next year’s growth.

When trimming dead branches off the trees, he taught us to make the saw cuts straight across the branches so as not to waste energy. He taught us to cut the “suckers” — the stems that grow at the bottom of the trunks because they rob the trees of nutrients.

We always got all the apples we wanted, nice juicy ones — none of these dried-out store things.

He said there are certain gases they use in apple warehouses so that they will stay fresh longer.

We were cutting down small, bad trees on the perimeter with adzes when I hit myself with the blade of one — good, right on the big toe. Ouch!

He had me sell apple cider in front of the Party Doll. I read an adventure book while I was sitting there.

He came by in his old truck and spilled a bunch of apple crates off the back of the truck. Of course, yours truly had to risk life and limb to get the crates!

Then there was an orchard I worked for as a child. Ten cents a crate they paid us.

Up on a rickety ladder to get the ones up high. If you reached too high, you would end up on the ground on your patootie! But what fun!

The owners’ boy helped me and my dear, older, gentle-giant cousin. They would load the apples on trucks and take them to the Laguna Indian reservation to sell for the fiestas there. Then another place.

They made cider in a shed. They ground them, the windfalls, they pressed them under burlap. They heated the cider to pasteurize it, then it was bottled.

Talk about hard work — and into the night. Oh, apple season in Valencia County — sigh! 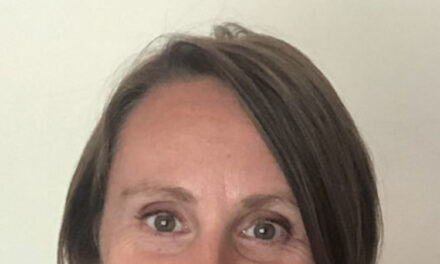 Oil & Gas Drilling: At What Cost? 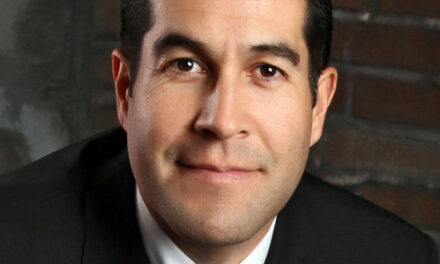