Home » Opinion » Letters To The Editor » Letters to the Editor (Dec. 3)

Letters to the Editor (Dec. 3)

This has been one of the hottest years in the past 10 years. We have seen the highest temperatures ever recorded in human history. The temperature increase has resulted in a California fire season that started a month ahead of normal and has been the largest fire spread and destruction in California to date. Terrific fires also burned in Oregon, Washington and Arizona.

Somehow this year, New Mexico has largely been spared. The hurricanes hitting the Gulf Coast are now in the Greek alphabet, as all our 26 letters have been used; a first. I’m grateful I don’t live along the Louisiana coast.

Here at home in New Mexico, record heat and drought. This is all due to human-made fossil fuel burning resulting in climate change, or catastrophe, which is increasing every year.

Getting back to Donna Crawford‘s claims in her letter. Yes, California on record hot days (global warming) this past summer, almost experienced a statewide electrical blackout due to over demand on its electrical power supply. But despite Donna’s assertion that it was caused by a failure of energy production from renewables, the renewables were producing electricity during that record heat.

PNM’s recent case before the PRC (Public Regulation Commission) presented four options to replace the San Juan coal-fired plant electrical production. Three of the options had gas peaker plants as back up to wind and solar and one had renewable wind, solar and a large battery storage back up. While the up-front cost for the wind, solar and battery was the most expensive, the PRC chose it as the most cost-effective option to replace the San Juan coal-fired power. That’s because over a 20-year time frame, it would save rate payers the most money. And that’s because PNM would not be buying natural gas to run a peaker plant year after year. Sun and wind are producing electricity basically for free.

The Edgewood’s The Independent newspaper reported wind turbine investments through 2019 were $3.4 billion in the state, most of it in Torrance and Roosevelt counties. The result, $8 million in local tax payments and 3,000 New Mexican jobs, plus $12 million in annual land lease payments. Ralph Mims, economic development manager for the village of Los Lunas said, “Enticing young people to stay in New Mexico for renewable energy jobs plays a big factor in the potential success of renewable energy in the state. A lot of young people leave because of low pay and no opportunities.“

Renewable energy jobs are good paying jobs. The job potential is real. Some weeks ago, The Independent ran an ad that wind tower workers, heavy machinery operators and general laborers are needed for the newest wind farm in Torrance County.

Several weeks ago, Australia, for the first time, produced 992 MW of renewable energy which met the entire continent’s needs. Amazingly, 73.3 percent was rooftop solar. A lot of small, regular folks like my wife and me with solar panels on our roof, met a whole country‘s power needs.

More wind, solar with battery backup will also meet our country’s needs, without the pollution from fossil fuels. Let’s give our kids a blue-sky future, by transitioning to clean, less expensive, job creating, renewable energy.

or email your views to us at [email protected]

Letters to the Editor (July 1) 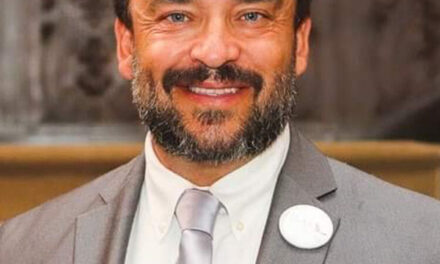