Vote no on Constitutional Amendment 1

Toward the bottom of your ballot you will find Constitutional Amendment 1. There are at least three good reasons to vote NO on Constitutional Amendment 1: the problem it seeks to fix has already been addressed; the amendment is being presented in a misleading manner; and a mysterious political action committee (PAC) is spending hundreds of thousands of dollars to promote the amendment without disclosing the source of that dark money.

Let’s start with that final point. In recent weeks, a PAC called the “Committee to Protect New Mexico Consumers” has sent out four slick and misleading mailers in support of Constitutional Amendment 1 at a cost of more than $264,000. The PAC was cited by the state Ethics Commission for failing to file required disclosures and it still adamantly refuses to disclose where all that money is coming from. If this constitutional amendment is really so good for consumers, then why are the people who are bankrolling it, hiding their identities from the public? (In a recent Albuquerque Journal article, one of the PAC’s board members promised to reveal the donors … after the election.)

Second, I join PRC Commissioner Steve Fischmann in objecting to way Constitutional Amendment 1 appears on your ballot. The description of the amendment never indicates that the PRC is being converted from an elected commission to an appointed one; it fails to inform the public that if they vote in favor, they will be giving up their power to elect and hold accountable future PRC commissioners. As PRC Commissioner Fischmann put it: “the ballot description of Amendment 1 deliberately conceals its real purpose — taking away your vote.” Why the need to hide the ball from voters?

In 2011 Think New Mexico published a policy report recommending several reforms to the PRC. Based on the research laid out in that report, Think New Mexico successfully advocated for the enactment of three constitutional amendments that were approved by the voters in 2012.

These reforms have had a very positive effect. Current commissioners include an environmental engineer, an attorney, a business executive, and people with experience in state and federal government. In the northern New Mexico, there is an election now for a PRC Commission seat between a Democrat who is a civil engineer and a former mayor, and a Libertarian who has a PhD in physics and who runs a green energy company. Contrary to the core argument being made by the proponents of Constitutional Amendment 1, the PRC doesn’t lack for professional qualifications, and the criminal behavior that it references has not been a problem since voters overwhelmingly passed the 2012 constitutional amendment to raise the qualifications for PRC members.

The current system strikes a good balance by requiring commissioners to be qualified to do the job while still being accountable to the public that elects them. I encourage you to vote against Constitutional Amendment 1. Please also share this letter with your neighbors, friends and family.

People & Places: It’s not a media conspiracy; we’re hurting, too 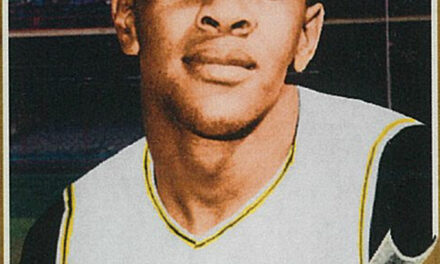 Many fought for their dreams