Generations have made contributions to society that have shaped where we are today.

The Silent Generation grew up recycling and reusing. Baby Boomers are the reason we have Earth Day and legislation such as the Clean Water and Clean Air Acts.

These advances led the environmental movement to where it is today, and Millennials and Gen Zers are now carrying the torch around the globe.

While some of us may feel nostalgic about the past, it’s good to appreciate the benefits we reap from new technologies. Coal and gas have been energy providers since the 1880s and 1960s. During that time, we went from candlelight to tablets.

Innovation is what Americans pride themselves on, so why are there so many people hesitant about it? Wind and solar energy is the new technology coming to revolutionize the energy industry — and we need to embrace it.

Research advancements in renewable energy are only going to increase, and that brings economic opportunity to communities nationally and locally.

Curry County residents are using wind energy to bring income to ranchers during times of low agricultural support. Each generation brought advancements that made these opportunities possible. We must keep building for the future generations, like those before us.

In my more than 30 years of broadcast and production experience in New Mexico, I’ve been troubled by our state’s blind dependence on oil and gas.

One can hope that COVID-19 will take the blinders off, but that may not be the case.

I fear that state funding for Spaceport America, which is poised to bring international attention and untold business growth to our state, will be on the chopping block along with other job-growth items on the legislative agenda.

It’s clear that Richard Branson didn’t stop creating and developing new businesses with the success of Virgin Records. But that’s what New Mexico has done in relation to oil and gas.

Oil and gas should have served as a foundation upon, which our state leaders built programs that attracted new industries, new businesses and new investments.

As legislators head back to Santa Fe for a special session, their job is to cut the budget to make up for the dramatic shortfall in oil and gas revenue. Or, perhaps their real job is to bring creative thinking, rather than budget axes.

I, for one, hope that our legislators do the right thing — for Spaceport America’s future in our state and for our state’s future as a whole.

The time is now to show gratitude for all that oil and gas has done for our state and look to the future, a future that includes funding for Spaceport America, which promises to bring unlimited job growth and revenue for decades to come.

A recent letter to the News-Bulletin praised the film, “Planet of the Humans,” which slams clean, renewable energy.

Problem is, the film’s a hot mess.

First, filmmakers cherry picked anything that could be made to look awful, and presented it in misleading ways.

For instance, they filmed a scene in heavy fog and implied an entire forest was being destroyed to install wind turbines. An actual photo of the completed wind farm shows an expansive, intact forest with one thin road connecting several small turbine pads.

Second, the entire film is pathetically out-of-date. For instance, it implies that solar panels last 10 years, require as much energy to make as they produce over a lifetime, and reach only 8 percent efficiency.

But in today’s world, panels can last 30 years, reach between 15 and 22 percent efficiency, and achieve carbon payback in about two years.

And from the narrator’s comments about battery storage and grid capability, they’ve spent the last 20 years holed up in their basements.

Third, some scenes are downright lies. A narrator stands in a bare desert, talking about how the land was destroyed to build a solar farm, but the destruction was all for nothing because the solar farm was soon abandoned. In truth, the day the scene was filmed the old panels had been removed and newer, more efficient panels were about to be installed.

The movie includes too many deceits to list, but there’s a round up of facts at getenergysmartnow.com/2020/04/25/moores-boorish-planet-of-the-humans-an-annotated-collection/.

The second half of the film, though, makes an important point. Growth is killing us. We’re using up more than the planet can replenish.

Threats to the survival of civilization include deforestation, dying oceans, depleted soils, mass extinction of flora and fauna, overpopulation, and above all, climate change.

We need all the human ingenuity we can dig up to drastically reduce our consumption, indeed, to fundamentally change the way we live.

So no, renewable energy alone will not solve our problems, but without that renewable technology, we don’t stand a chance. 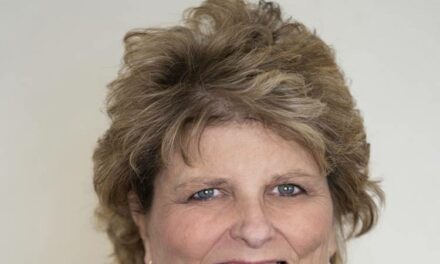 What is a district attorney, and what does she do?