Regarding Wyn Sanchez’s letter opposing cannabis legalization: His arguments are deceptions and an outright lie proven by his own referenced websites.

He lied about cannabis being addictive. His referenced federal website does not say this. They have an addiction section but what they write about is Marijuana Use Disorder, which they claim can take the form of addiction in severe cases. Form of is not an addiction, it’s a symptom.

Marijuana Use Disorder is a fairly new term introduced by the Diagnostic and Statistical Manual of Mental Disorders used by psychiatrists and mental health professionals for diagnostic criteria. The condition is diagnosed by way of a list of 11 symptoms. The presence of any two symptoms justifies the diagnosis, and the severity of the condition can be rated at mild, moderate or severe based on the number of symptoms present. The key point here is a use disorder could be attributed to almost anything. I could say I have a use disorder with coffee.

DUI is another area where there is a lot of misinformation being spread around. People under the influence of alcohol tend to be more reckless, whereas people under the influence of cannabis tend to be more careful. People are testing positive for cannabis after accidents in legal states more simply because it’s now legal in those states and it’s used more.

This also does not mean they were unfit to drive; you can test positive days after using, which presents a problem with most cannabis DUI studies. His referenced website also says this, “a large case-control study conducted by the National Highway Traffic Safety Administration found no significant increased crash risk attributable to cannabis after controlling for drivers’ age, gender, race, and presence of alcohol.”

Mr. Sanchez also said people were flooding into cannabis legal states and causing major problems. He failed to mention there were 31 states that experienced added population via migration in 2016. The following migration numbers to non-legal states are from his referenced website: 76,000 to Arizona, 325,000 to Florida, 60,000 to Georgia, 80,000 to North Carolina, 52,000 to South Carolina and 217,000 to Texas.

I imagine these states also have problems but they can’t blame them all on legal cannabis. How can anyone believe any part of Mr. Sanchez’s letter when it has these mistruths and lies?

When I see someone purposely distorting the facts on cannabis, they typically fall into a certain category. Ignorance by being misinformed or tied to an organization that profits from keeping it illegal like police unions, pharmaceutical companies or private prisons. I wonder where Mr. Sanchez falls. 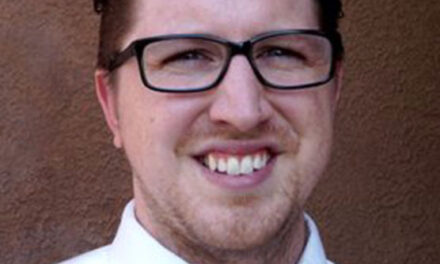 Sports is my first love — family is the best love