In American politics, we may not agree on much other than that we don’t agree.

Perhaps we could take a lesson from the Pixar film, “Ratatouille,” released in 2007, about a rat who joins forces with the son of a famous chef. At the beginning of the film, Remy, the main rat character, has a brief conversation with his dad, head of the rat family, that goes something like this:

Dad: It’s not stealing if nobody wants it.

Remy: If nobody wants it, why are we stealing it?

Remy makes a claim: the rats are thieves. His dad gives a reason the rats are not thieves: if someone does not want it, taking it is not stealing.

Remy’s retort does not address his dad’s argument. He takes a fact from his dad — nobody wants it — and tries to use it to support his claim the rats are thieves.

Are we doing the same thing as Remy, trying to use others’ facts to support our own positions without considering what someone else is really saying? That may be easier than listening and figure out what someone else is actually saying. Maybe if we considered the other side’s claims, we would find they have merit. They may even be right.

It may be difficult to listen to our fellow citizens, but please, can we be better at talking to each other than animated rats?

Regan sputtered and stammered around about climate models and anything else he could think of and could not answer the question. But isn’t spending trillions of dollars on climate change supposed to reduce global temperatures? Shouldn’t the EPA administrator know the answer to that question without hesitation?

The thing of it is, the radical leftists, such as the Biden administration, want the United States and other developed countries to pay for their “pie in the sky” ideology on climate change. And to do that, they must mandate getting rid of fossil fuels which they say are destroying the planet.

Go forth and spend trillions on unreliable, expensive solar and wind to save the planet. But they can’t prove that any of that would reduce world temperatures or save the planet. So what is their true motivation?

Do developing countries, such as in Africa, agree with the Biden/European Union vision of renewables as a way of mitigating climate change? A resounding no! According to Oxford University researcher Galina Alova, “Africa’s electricity demand is set to increase significantly as the continent strives to industrialize and improve the well-being of its people.”

Alova’s research found Africa is likely to double its electricity generation by 2030 with fossil fuels providing two-thirds of the total, hydroelectric another 18 percent, and non-hydro renewables providing less than 10 percent. In fact, Africa and other developing countries hardly care at all about spending gazillions of dollars on climate change. They’d rather spend their money on giving their people inexpensive, reliable electricity from fossil fuels and hydropower to help pull their people out of energy poverty.

In the meanwhile, the Biden administration is demanding an end to all international financing of fossil fuel-based projects, including in Africa. Responding to the Biden-EU renewables-only energy financing plan, W. Gyude Moore, a senior fellow at the Center for Global Development and former Liberian minister of public works, said “with nearly 600 million Africans lacking access to electricity, it seems immoral to restrict options for energy sources for the world’s poorest continent.”

It would be easy to conclude that the Green New Deal and policies of the Biden administration, along with certain Democrat governors, want and demand that America be plunged into energy poverty along with the rest of the undeveloped world.

If renewables are made to be our only source of energy, that’s exactly where we’ll be and world temperatures will still be the same.

A word of thanks 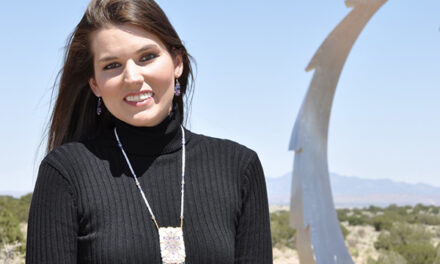