Letters to the Editor (June 24)

If you’ve noticed that your mail service is not as efficient as it used to be, you’re not imagining it. The public needs to be made aware of how the United States Postal Service is being deliberately undermined.

I received a Visa bill with a late charge for a previous bill that was due on April 3. I had mailed the payment March 29, but it wasn’t received until April 7. I ordered a gift from Amazon a week before my daughter’s birthday; it got lost and showed up almost three weeks later. This has been going on for months.

Why is this happening? The previous president appointed, Louis DeJoy, a person with no experience in the USPS, as postmaster general, deliberately to sabotage the postal service. The immediate goal was to interfere with mail-in voting in the November election by destroying mail-sorting machines, removing blue mailboxes from public access, and otherwise slowing down mail service.

Long-term, the goal is to make the USPS inefficient and turn over delivery to private companies, one of which DeJoy holds stock in. (Can you say “conflict of interest?”) His latest nefarious idea is to do away with air mail service and deliver all mail by truck.

Mail service in the U.S. has a long history. Benjamin Franklin was appointed as the first postmaster general by the Second Continental Congress in 1775. The USPS was created in 1792, and is explicitly authorized in the Constitution. For generations, Americans have depended upon the postal service and still do, especially in rural areas.

Among other things, many seniors depend on it to deliver their medications. It has long been a dream of conservatives to eliminate and privatize this well-run service. In 2006, Congress passed the Postal Accountability Act, which forces the postal service to fund all pensions ten years in advance. No private business has this onerous requirement.

The current problem is that DeJoy can’t be fired. He is taking absolute delight in destroying the department he is supposed to head, and taunts Congress, knowing it can’t get rid of him. He can only be removed by the Postal Board of Governors, most of whom are Republican appointees. The current president has appointed three new members, but still no action has been taken to get rid of this dangerous person.

Postal employees are furious, demonstrating and demanding his removal. Something has to be done to remove DeJoy from office and preserve the USPS.

I read with interest the VCNB’s May 13, 2021, article “Community Garden Gets Funding,” though the article lacks the context necessary for readers and voters to assess the concerns of the county commissioners and former district agriculture extension agent.

Failing to gain voter approval for a “forever tax” mill levy increase in 2019, the VSWCD is planning to put itself into debt by constructing a second building at the Whitfield Wildlife Conservation Complex for about $550,000.

The Soil and Water Conservation District Act permits the district to extend collection of the current mill levy until the debt is paid. The current annual mill-levy collection of $350,000 is projected to be $375,000 in 2022.

Attempting to protect the majority of taxpayers, the county commission response to this debt-plan was resolution 2020-65. The resolution states: “Now therefore be it resolved that the County Commissioners of Valencia County calls upon the New Mexico Finance Authority to reject any VSWCD loan request that may serve to extend the current VSWCD mil levy beyond the 2023 sunset date. … the public reasonably anticipates that the mil levy passed in 2013 would sunset according to its own terms, or in 2023.”

This was highlighted in the Youth Development Inc. successful grant application that was submitted on April 8 for $33,020, which was to cover the same garden manager positions that VSWCD Director Andrew Hautzinger requested money for on April 21 from the county commission.

In view of the above, the issues of responsibility and accountability addressed in the questions and comments of Commissioners Bizzell, Aragon and Hyder were justified.

The public comment cited in the VCNB article questioned why, though the Urban Gardens Program (Meadow Lake and El Cerro Mission) has the potential to have a huge impact on the communities served, the VSWCD could not commit $15,000 to this program that provides tangible return for taxpayer investment when the VSWCD budget exceeds $500,000.

When the context of this county commission vote is considered, there was a high level of concern for accountability of taxpayer dollars.

I am speaking in this letter as an individual and not for the VSWCD Board of Supervisors, though I am an elected supervisor. I love living in Valencia County and I thank those who care enough, when making budget decisions, to evaluate what’s going on before they spend our money. 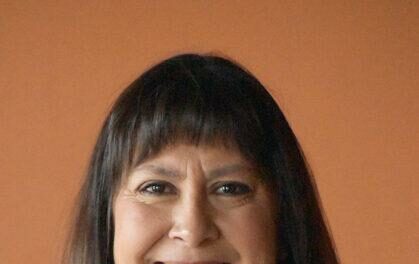