It’s back to the drawing board after the Los Lunas School Board held a second public hearing on redistricting last Tuesday night. Four options were discussed, but no action was taken.

Francisco Apodaca, a consultant for Information Strategies of Albuquerque, said he tried to follow district precinct lines as a standard from which to create the four options.

“It was a difficult task,” Apodaca said. “The current redistricting map doesn’t tie well with current precincts. Voter confusion is a major issue. We’re trying to correct this, but there is no way to completely follow precinct lines so people know where to go vote. To be fair to voters, we’re trying to stay within the census boundary line.”

The consultant tried to keep districts compact and communities of interest intact while maintaining a population balance of plus or minus 10 percent between various districts.

“There must be a reasonable opportunity for the people sitting here to run and keep their seat. You can’t cause an incumbent not to run by redistricting,” he said.

Deputy Superintendent Bill Moffatt said the districts are extremely unbalanced, population-wise, because of the growth on the east mesa since 1990. The Los Lunas Schools first broke into voting districts in 1992.

Apodaca told the board that voter turnout is especially poor in school elections across every district.

There is a shift in population from east to west, Moffatt said, and the population is lower in the middle.

Population needs to be added to district 3, 5, and 4. District two had to lose population, Moffatt said.

“Almost all the districts gain, so there has to be a shift in all the districts. No one may get everything they want. We hope Mr. Apodaca comes up with a scenario everyone can live with, that’s fair for everyone involved.”

Some school board members, such as John Kern of District 3, didn’t care for any of the options presented.

“None of this is perfect or what I want,” he said. “With these options, I pick up some voters but lose a substantial voting area in the Tomé territory.”

“Any of these options would work for me,” said Board Member Pam Thomas, who represents Peralta and the east mesa as well as a portion of Isleta Pueblo.

Board Member Art Castillo asked Apodaca to look at creating another option because, he said, he wants to represent part of Los Lunas, using Main Street as a boundary.

Out of the handful of people in attendance from the community, Anthony Apodaca, a former school board member, asked the redistricting consultant to create an option for the Valencia-Peralta area, as well as an ethnicity breakdown for each district.

“The area has been there for a long time. It seems like you have gone to great lengths to maintain districts. Rather than looking at keeping incumbents, the board doesn’t represent the Hispanic population. I know it’s not something people want to talk about,” he said. “It’s basically impossible to run from that area and win. All four plans are a disservice to the Hispanic people from those areas. I urge you to look at the ethnicity factor.”

Board Member Nancy Seemann told Apodaca she is from Peralta, and Thomas said, “I’m Hispanic.”

Maria Marez requested that Apodaca and the board consider the Peralta-Valencia area as one community. “Instead of thinking about which way you can break us up in a neat line to separate the population, look at bigger blocks and how you can keep the communities together,” she said.

Instead of making the final decision this month, the board hopes to pare down options at its next public-input meeting on Tuesday, May 28. Another scenario will be presented so the public can see it in advance.

Moffatt said the district needs to make a decision 180 days prior to the February election. “The issue must be wrapped by August 1 at the latest. We’re hopeful the board will make a decision in June.” 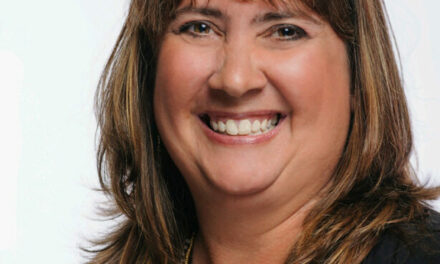