Gary R. Sanchez became interested in art as something to get his mind off the death of his grandfather when he was 15.

The former Belenite “was always interested in art. I went to college on an art scholarship, but decided not to pursue art and got a different degree.”

About eight years ago, he began painting again and has begun racking up awards and honors including, most recently, his painting being chosen for this year’s poster at the Wine Harvest Festival in Las Cruces.

The pastel work is called “Harvest Time” and shows a picnic set up amid vines in a spectacular New Mexican valley.

The poster will be available in a signed version at the festival, which is set for Aug. 31 to Sept. 2 from 1 p.m. to 7 p.m. at the State Fairgrounds in Las Cruces.

“It’s kind of a made-up scene, but it does look like the area of the fairgrounds. They planted some big trees overlooking the Organ Mountains. I wanted it to show a family thing and so I thought of a picnic theme. They like to emphasize the harvest — the chile, the vegetables,” he said in a telephone interview from his Albuquerque home.

Along with his poster, he’ll sell several original paintings, prints and gift items including tiles, magnets and cards.

“I usually do a lot of Southwest themes, but I’m also a portrait artist. … But, lately, I’ve been getting into landscapes,” Sanchez said.

His work has been featured in the prestigious, juried Contem-porary Spanish Market in Santa Fe and he has a long list of other awards including the Hernandez Award of Excellence from the State Fair, first place in oils in a national arts program in Dallas, best of show in a national arts program in Pennsylvania, and has shown at the New Mexico Arts and Crafts Fair, the Denver Market in Colorado, and DeColores and Magnifico in Albuqeurque.

His work is in private collections of many prominent people including former Gov. Bruce King.

He is the son of Dolores Tafoya Bean of Albuqueque and Joe Sanchez of Jarales.

His work can also be found at Earth Spirits and DeColores Galleries in Albuquerque’s Old Town. Call him at 332-0649. 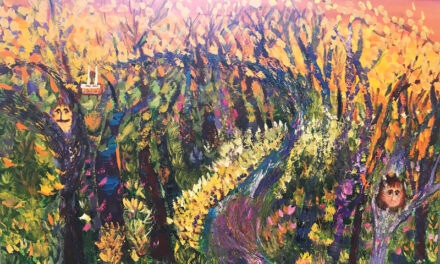 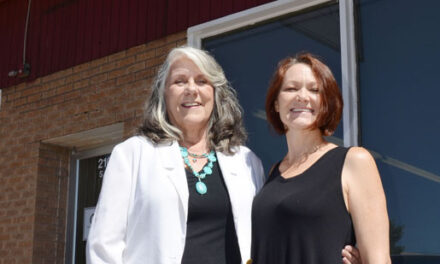 Gaze Gallery in Belen to close up shop