LOS LUNAS — A public servant for more than four decades, Arthur Castillo was as a serious finance guy who was always willing to share his knowledge.

When he died on Friday, April 12, Castillo, 71, left behind another role that was likely unknown to many. That of silly grandpa.

Both his wife of 44 years, Antoinette, and son, Carlos, said he became a different person after the birth of his grandchildren, Anthony and Sophia.

“He was a serious guy but with them, he was silly. They’d tell us stories about the things he would do,” said Antoinette. “When he would drive them to school, he’d slow down and when they asked why, he’d tell them an ant needed to cross the road. Just silly things.”

Antoinette said a true highlight for her husband was being a grandfather.

“He adored them and was able to bond with them,” she said.

Growing up, Carlos remembers his father as someone who always provided for the family and was always there for he and his brother, Chris.

“Still as a dad, he was that straight-arrow finance guy,” Carlos said with a laugh. “As a grandfather, he completely changed. Almost a little kid again, giddy and happy and they just brightened his day, and he did the same for them.

“He was their little transportation guy to school every morning. They adored him for sure. That’s what hit me the hardest — having to tell them.”

Castillo worked for several years for the Los Lunas Schools as the district’s chief finance officer, before retiring in 1997.

After retirement, he worked as a financial consultant for numerous school districts and charter schools around the state, as well as performing annual audits for districts and government agencies.

To better serve his community, Castillo decided to run for the Los Lunas Board of Education, serving from 2001 to 2009, and then from 2017 to early 2018, before resigning due to health issues.

Antoinette said as a former smoker, Castillo battled COPD and emphysema, which required him to be on oxygen full-time at the end of his life.

“It just got progressively worse,” she said.

Stepping down from the board was a hard decision, Antoinette said, but Castillo wasn’t recuperating as quickly as he’d hoped from a bought with pneumonia in 2017, and felt he wasn’t able to serve the district well.

“He stopped smoking 10 years ago, when his first grandson was born,” she said. “He made that commitment, but …”

In their years together, Antoinette and Arthur enjoyed camping with their sons, spending time together as a family, and going on the occasional cruise.

“He loved spending time in the mountains, in Colorado. Just being with friends and family, barbecues and a few beers,” she reminisced. “He was always our rock that we could count on.”

For 25 years, he was also a volunteer with the Los Lunas Fire Department.

About a year and a half before he retired from LLS, Castillo hired the district’s current CFO, Claire Cieremans.

“He was very smart and people always looked to him for guidance and answers. When I worked for him, we would tease that his bark was bigger than his bite,” Cieremans said.

Whether he was working for the Los Lunas or Belen schools, or serving as a board member, she said people sought him out as a source of knowledge.

“He just had a vast knowledge and leadership skills that were unparalleled,” she said. “Our grandsons played football together, so I got to know him a little differently, but he was still Mr. Castillo. His presence demanded respect.”

Los Lunas Board of Education member Frank Otero said he knew Castillo most of his life. A decade younger, Otero remembers going to the grocery store in Los Lunas owned by Castillo’s parents and knowing who Arthur Castillo was, in that small-town way.

As a professional, Otero said Castillo was well known for going into school districts and government organizations and fixing things, then moving on.

“That’s what Art did in life — he went around and straightened things out. I kind of called him my mentor. He had a lot of knowledge and experience, especially in finance,” Otero said. “When he was elected in 2017, we were happy and thrilled he came back. It was hard to see him go. I looked up to that man.”

Services for Castillo will take place on Monday, April 22, at San Clemente Catholic Church in Los Lunas, beginning with a visitation at 8:30 a.m., a Rosary at 9:30 a.m., and a Funeral Mass at 10 a.m. 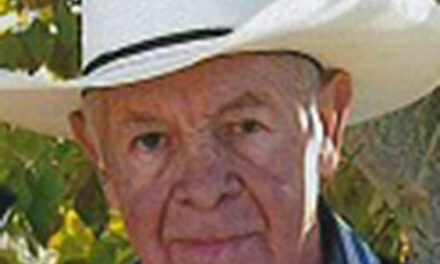 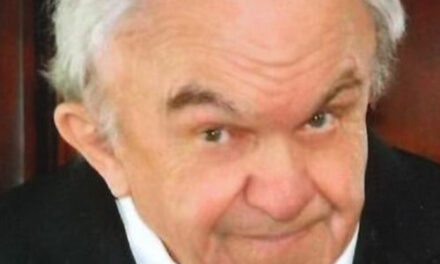