Local schools get $7.5 million for buildings

Los Lunas was also among the three school districts, including Moriarty and Las Vegas, to receive additional money to provide classrooms for full-day kindergarten implementation. The three districts will share $1.9 million.

The Belen Schools received $1.89 million for a new Career Academy, which will be located on the present high school campus.

Los Lunas Superintendent Danny Burnett said he’s very happy with the $4.7 million award, the largest in the history of the Los Lunas Schools.

“In the last four years, we’ve gotten over $13 million in capital outlay money. Our bond issue was only for $14 million, and we’ve almost matched it dollar for dollar,” he said.

“That’s pretty awesome. We’ll get to do neat things at the Career Academy. Besides using this funding for classrooms and restrooms, much more will be going in at the Career Academy. One of our priorities is to put in a state-of-the-art automotive lab. We’ll have primarily more shops out there for precision welding and cutting, tool and dye making, along with other construction trades.”

According to purchasing agent Dottie Hill, the Los Lunas School District originally asked for $10.8 million for phase three of the Career Academy and was awarded $4.1 million to complete the ongoing project.

“Next year, we’ll go back for some more, and it will already be in place,” said Hill, who works closely with the architect and finance department to get vital project information ready for submission to the state.

“We went for the gusto,” Hill said. “It’s very rewarding. All our hard work has paid off.”

The district requested $1.5 million for renovation work at Peralta Elementary and received $600,000. The money, which will mainly be devoted to classroom and restroom construction, will be used to upgrade the old building. With the help of an additional $1 million in local bond money, the district plans to build a new media center, administrative offices, a new nurses area and a new cafeteria at the school.

On top of that, the district received $522,000 in deficiency correction units which will be used to make improvements at Peralta Elementary, Raymond Gabaldon Intermediate and Katherine Gallegos Elementary.

Belen schools officials are also excited about the prospects of using the money for construction. “We are hoping this money, along with the deficiency correction units participation of $410,00, will be enough to build a 16- to 18-classroom facility for our career academy,” said Belen Superintendent Don Duran. “With this money, we will have our architect meet with community leaders and teachers of the school to begin working on the specific design for the academy. The community leaders and teachers will also develop curriculum for the academy.”

The district plans to build the new academy in the parking lot area of the high school campus. The current vocational-agriculture building will be demolished eventually and a faculty parking lot will be located in that area.

The Public School Capital Outlay Council considered seven statutory criteria in making its selection. Priority was given to funding for classrooms, districts with low assessed valuations, district with a high student growth rate and continuation of projects.

During the past six years, the state capital outlay fund has in-creased from $17.5 million to $104.8 million. The effort to increase capital outlay funding began five years ago with a State Board of Education-appointed task force. In 1999, a judge’s ruling found New Mexico’s system of financing school construction projects unconstitutional.

In 2001, the legislature and Gov. Gary Johnson dedicated supplemental severance tax bonds solely for public school capital outlay projects. These funds are what is being distributed this year. 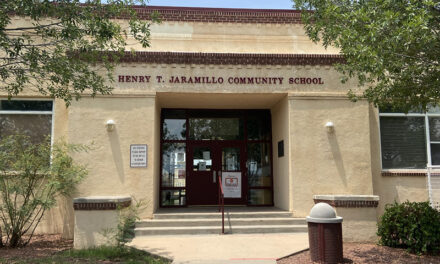 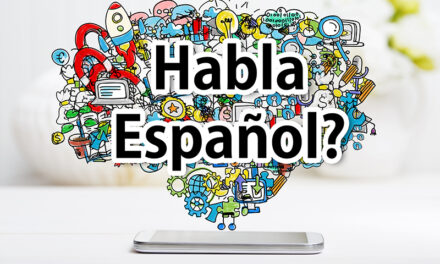